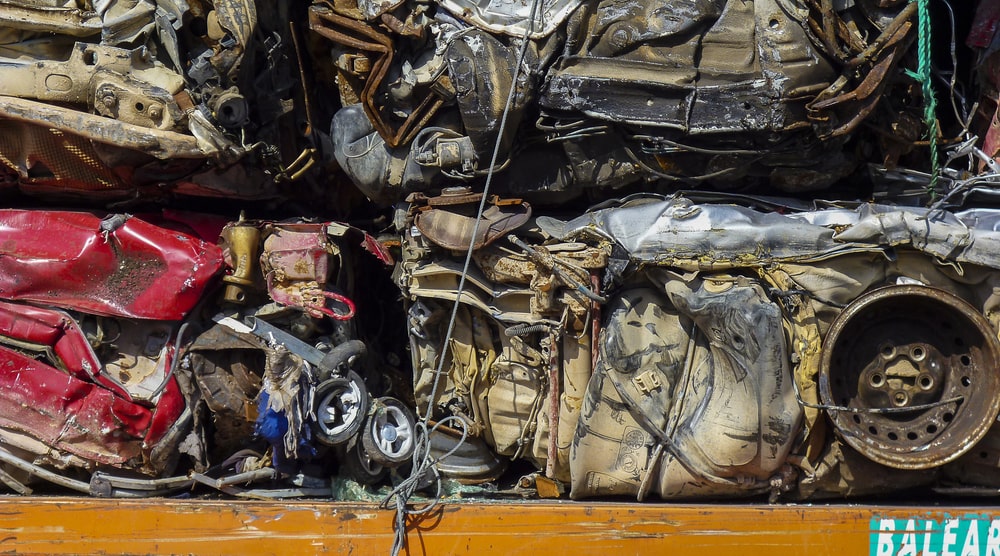 The impact of EU vehicle end-of-life regulations on remanufacturing

More than 7 million vehicles end their journey each year in the EU with the top 5 countries (Germany, UK, France, Italy, and Spain) generating about 5 million or about 70% of the total. This provides humungous opportunity for the recyclers because of the heavily regulated end-of-life (EoL) directives which set the reuse, recycling and recovery targets by weight per vehicle.

While this is has been a boon for the recycling industry and for the environment overall by way of reduced waste to the landfill, the remanufacturers do not necessarily benefit from this or from other directives related to the vehicles reaching their end-of-life, even though the opportunity remains the same. Over the next 3 posts, I will be analysing a number of end-of-life regulatory policies in the European Union (EU) and assess their impact on remanufacturing. In the first post, I will provide context to the topic, in the second post I will do an in-depth analysis of the various policies and finally, in the third post, I will finish off with some key recommendations to policy makers and to people in authority to affect change in building an atmosphere congenial for remanufacturing industry.

The EoL directives and legislations mainly emerged from the concept of Extended Producer Responsibility (EPR) which was first proposed by the Organization for Economic Co-operation and Development (OECD), which defines EPR as a policy approach that places the responsibility of a product’s post-consumer use phase on the producer, thus shifting the responsibility upstream in the value chain and encouraging the manufacturers to consider the environmental impacts of products at the design stage.

The noble intentions of EPR are obvious and the fact that eventually (even after the parts have been remanufactured) there will come a point when all the parts/vehicles are no longer suitable for remanufacture and will have to be recycled. Hence, from a high level government perspective, the various EoL directives are really important pieces of legislation putting the responsibility squarely on the entity that put the product in the market in the first place. You could argue that is it the vehicle manufacturer (VM) or the original equipment (OE) supplier who would have to bear the responsibility, but that’s an entirely different topic best discussed in another blog post.

Remanufacturing, as we know, is an end-of-life activity. This can be slightly misinterpreted. While this ‘end-of-life’ refers to the part that has failed in a vehicle that is still very much in use (even on a one month old vehicle), the ‘end-of life’ directives are related to the whole vehicle reaching its end of life (which has become ‘waste’) and hence an anomaly arises straightaway in these directives that also skews the focus on the part’s post-use phase (where recycling happens) without any mention of the phase when the vehicle is in actual use (remanufacturing phase).

This pushes the auto industry towards higher recycling rates (as shown in figure 1). A Manager at one of the global OEM’s I spoke to categorically expressed his view stating that, “All legislation is geared towards recycling and doesn’t take into account the CO2 savings in the form of embodied energy which remanufacturing comprehensively delivers… only when the legislations start to recognize this fact, will a major change come”.

The case however, with industries such as the rail, aerospace or heavy duty off-road equipment is different. These sectors sit where reman and reuse are most prevalent. In my view, this is primarily because of 3 reasons:

The car industry on the other hand is fiercely competitive, that is driven by product sales of new models to keep the customers coming back. This results in 2 clear disadvantages – one, the CO2 savings become relatively low to fulfill the ever growing desires for sale of new cars and two, it forces the VM’s to design products to match the directives requirements (which is recycling) and not necessarily to design products for remanufacturing. For instance, a product designed for remanufacturing (even if it increases weight) can very well be recycled, but a design choice made keeping recycling in mind, may not lend itself to remanufacture even once, let alone multiple times.

For a typical vehicle manufacturer’s generic program, all the EoL requirements are set at the design stage which will be applicable at the end of vehicle’s life (15-20 years or more). These requirements focus on depollution, dismantling, recycling or disposal which further encourage recycling and not necessarily consider remanufacturing even when there may be inherent value in a number of assemblies and sub-assemblies in the EoL vehicle.

Figure 2 – Reman in relation to end of life directives

The figure 2 shows the point when ELV and Waste Electrical and Electronics Equipment (WEEE) requirements are set which are about 3-5 years before the start of production (SOP). VM brings a specific car model to its end of production (EOP) after 5-7 years. The OE supplier will have the obligation to service parts for another 15-17 years or may be more (with reducing volumes) after which OE’s obligation ends (end of obligation, EOO). In terms of remanufacturing, the phase between EOP and EOO is most beneficial supporting the after-market sales of spare parts. Also, it makes commercial sense for VM’s to replace in-warranty parts with reman equivalents thus reducing their overall warranty bills and several OE suppliers to major VM’s do supply a reman equivalent of original parts. However, there is no mention in terms of any directives guiding the manufacturers what to do in between where the remanufacturing phase is most prevalent when several of the parts will require repair or outright replacement.

There is a complete disconnect between where an EoL directive is applicable and where remanufacturing operates. Currently, there are no laws in the EU that address the replacement or remanufacturing of parts during the use phase. The USA recently enacted a Federal Vehicles Repair Cost Savings Act of 2015, which encourages all federal vehicles in the USA to opt for remanufactured parts during the use phase of the vehicle. Considering that in the US, over half-a-million civilian federal vehicles require repair and maintenance of about $1 billion annually, remanufacturing certainly can take a lion’s share off that burden and not to mention the projected green image and the resulting environmental savings.

As we have seen in this post in the context of the automotive industry, there seems to emerge a strong need to bring about a change at policy level to support remanufacturing and furthermore we see not only how recycling drives the auto industry but also the ever shortening product life-cycle of vehicles and the new sales-based business models do not do much good for remanufacturing, even though there is tremendous opportunity (considering the numbers) for remanufacturing that is not yet getting realized. My next post will look at various EU legislations and assess how they impact remanufacturing.