Turning over a new LEAF

“The simple fact is that we don’t have many LEAF batteries coming back to us yet…We launched the first-gen LEAF in 2010, and most of these vehicles are still on the road and performing without issues”

Unlike a conventional car, there is no combustion engine in Nissan’s environmentally-friendly LEAF. In its place is a potent battery – a slab of a power unit, which sits beneath the driver and passenger seats, which powers an electric motor. In 2010, Nissan and the Sumitomo Corp Energy Corporation formed 4R Energy: its remit, quite simply, was to remanufacture these EV batteries and get them back on the road.

The 4R plant opened in May, and is located in Namie, Fukishima Prefecture, just 5km north of the site of the Fukishima Daiichi nuclear disaster of 2011 - when that power station was destroyed by the Tohoku earthquake and tsunami. The 4R facility is the first factory to be built in the district since the incident and is expected to help revitalise the local economy.

Any high profile company seeks to produce the best quality products. Yet this striving for perfection has a knock-on effect in Namie. The LEAF batteries have proven to be extremely reliable, meaning that there is little need to repair or remanufacture them during the course of their scheduled operational life. First generation batteries have an eight-year - or 160,000km - warranty. Nissan says that a battery would be expected to operate smoothly for a decade. This is the reason, says a company spokesman, that at the moment a ‘skeleton’ staff works at the Namie facility. Only now, eight years after LEAF’s robust lithium batteries took to the road, is reman even needed. 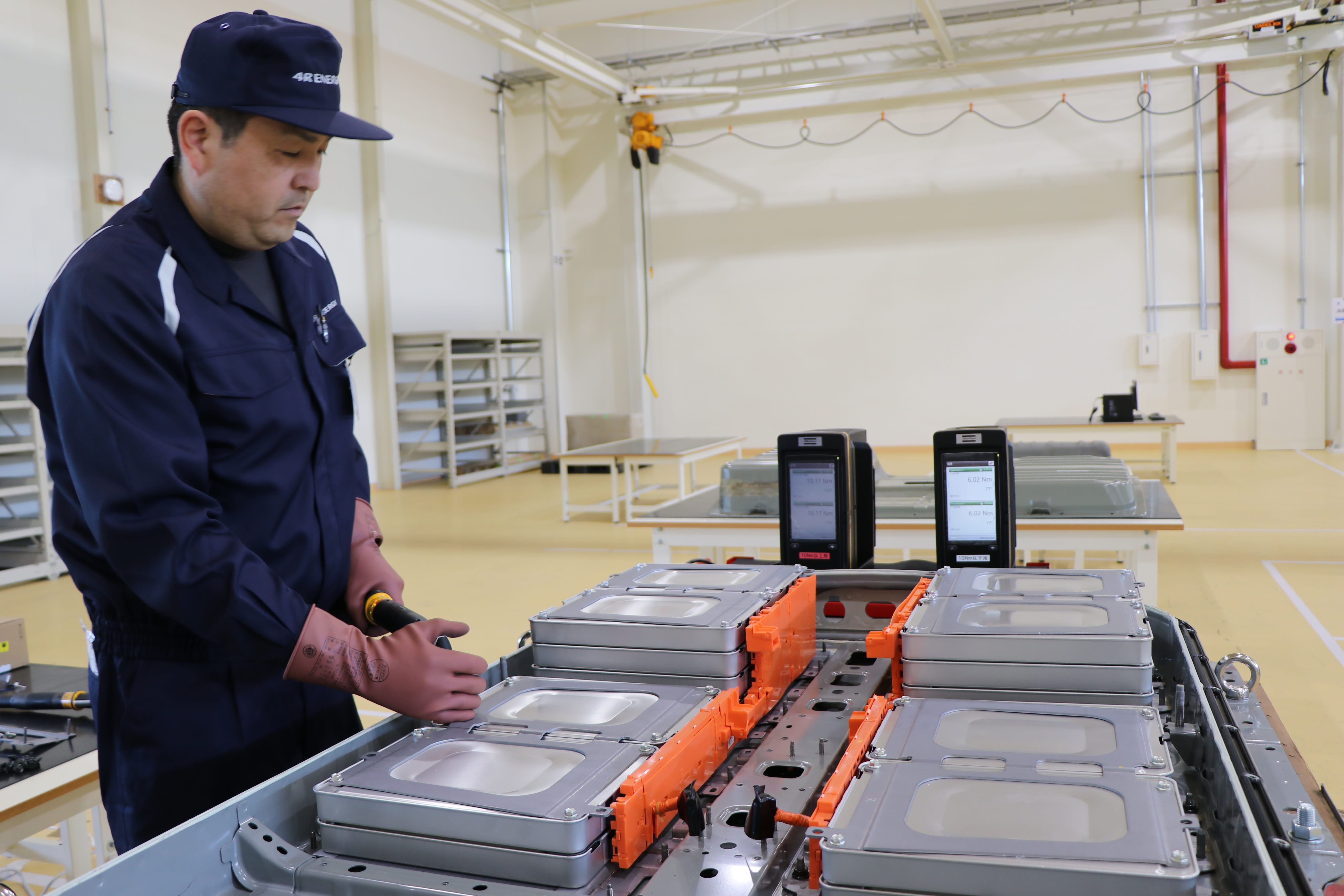 The spokesman states: “The simple fact is that we don’t have many LEAF batteries coming back to us yet. We launched the first-gen LEAF in 2010, and most of these vehicles are still on the road and performing without issues. Since initial sales were (naturally) lower than subsequent sales, the end-of-life batteries we're getting are generally from these initial vehicles, so the number is still low. This is basically a good thing, since it demonstrates the longevity and reliability of the LEAF's batteries. As far as 4R Energy is concerned, however, it means that volume will remain low for a while, and that the operation will remain small.”

4R currently only works with the initial 24 kWh batteries used in the original LEAF. A couple years after launch, it made a 30 kWh battery available, and last year launched the second-generation LEAF with a redesigned 40 kWh battery pack. “Neither of these are covered by 4R Energy's operations, however, because no batteries from these vehicles are coming back to us at this point,” the spokesman adds.

Customers pay ¥300,000 yen, equivalent to $2,700, for a remanufactured LEAF battery. A new battery costs around twice that. The batteries are taken to the Namie factory, where their modules are examined. This painstaking process used to take Nissan 16 hours per battery, but 4R has got this part of the process down to just four hours. Modules with more than 80% capacity are remanufactured; those which fall short are put back together, and sold as batteries for machinery like forklifts and golf carts.

The plant will be the world’s first to offer exchangeable remanufactured batteries for electric vehicles (EVs). At full capacity, it will be able to handle 2,250 batteries a year.

Speaking about EV batteries in general, Mitsutaka Matsumoto, senior researcher at Japan’s National Institute of Advanced Industrial Science and Technology (AIST), explains that, at this time, there are some grey areas in the industry: factors such as the standardisation of prices for reuse batteries, techniques for the diagnosis of performance and the remaining lifetime of reuse batteries, and defining who is responsible for the reliability of reuse products. A quality assurance, or certification system, he says, is needed in the reuse battery sector, and attention must be given to the development of reuse battery markets. Matsumoto stresses, though, that there are more complex subjects to deal with, over and above batteries. “I feel that though battery reuse and refurbishing are of course important, other components’ refurbishing is even more challenging, such as that of EV motors,“ he says. 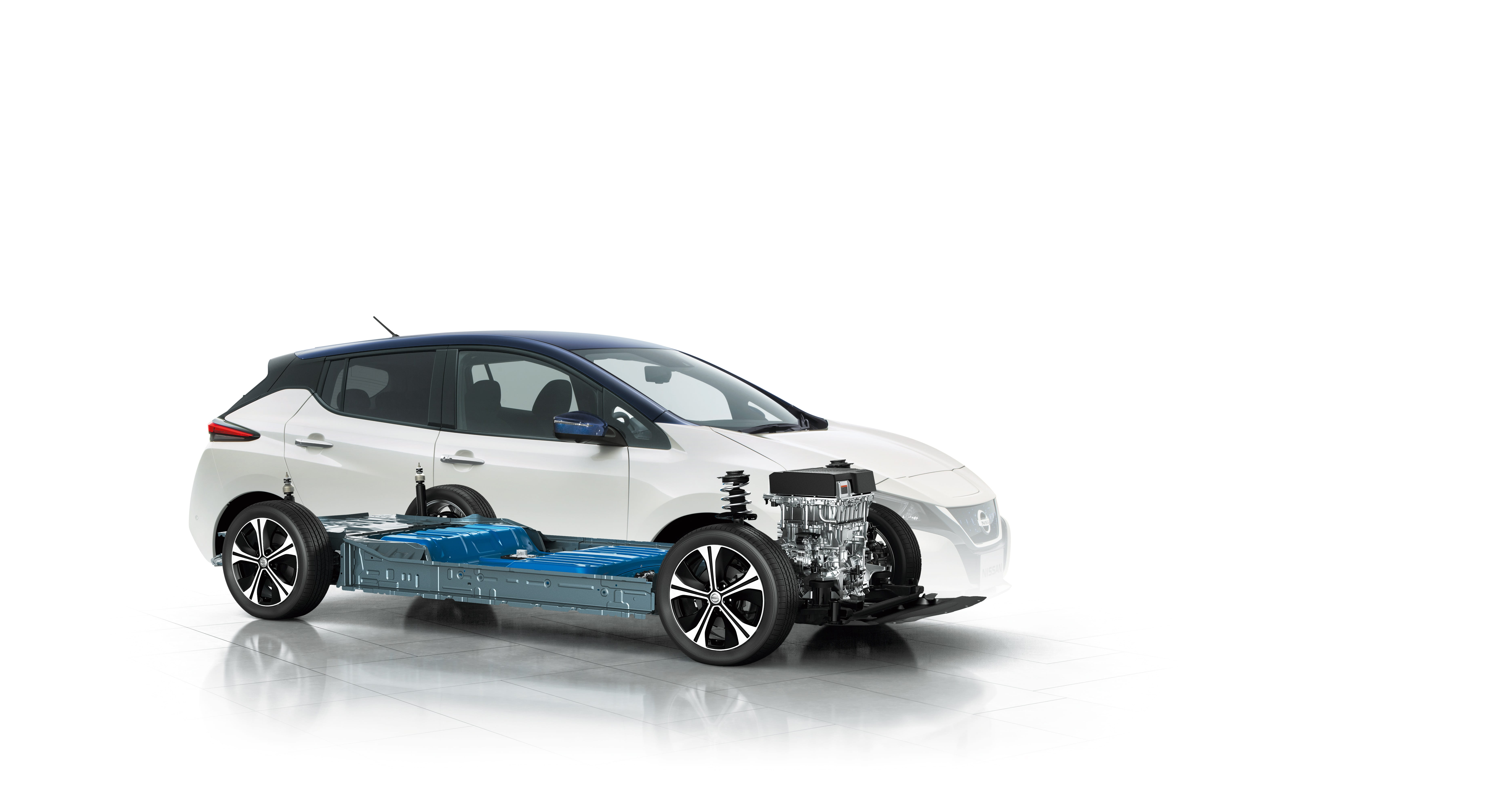 Nick Maxwell, Nissan spokesperson, tells ReMaTecNews about the company’s wider EV strategy. He states: “Nissan is the industry leader in zero-emission vehicles, having sold more than 330,000 Nissan LEAF electric vehicles globally, the enhancement of electric vehicle infrastructure and the advancement of renewable energy.

The availability of used lithium-ion batteries is expected to increase significantly in the near future as buyers of the first generation of electric cars look to replace their vehicles. “The recycling and refabrication of such batteries is expected to have a substantial impact on the battery industry, affecting demand for new battery materials, and on the environment and society as a whole,” Maxwell goes on. “The company has developed a system that quickly measures the performance of used batteries, and it plans to apply this innovative technology to batteries collected from all over Japan, at the Namie plant.”

Development is a central part of the Namie facility, too. “The Namie plant will serve as a primary global development site. In terms of production, we will begin operation with an annual capacity to recycle batteries from 2,250 LEAF vehicles. Moving forward, we will continue to ascertain the number of units we recover, as we consider the expansion of the facility and increasing the shifts of plant workers to raise the overall output of our factory.”

The Namie facility is just weeks into its operation and its staple is the first generation of LEAF batteries. But this is just the beginning. Maxwell confirms that Nissan seeks expansion of this groundbreaking reman programme and that, with time, there could well be LEAF reman activity in other places. He says: “Our initial goal will be to recover all the batteries from the LEAF and to have the ability to recycle the recovered batteries. Going forward, we plan to expand the programme to cover the 30 kWh LEAF (which launched in 2015), followed by the 40 kWh LEAF (i.e. the second-gen model). At present, we haven’t announced a specific timeframe for this, but we expect to expand our battery recycling business to other cars by the end of 2020.” In this particular reman business, there are no clutches, no fuel injectors, and no alternators. It is a sector powered by batteries and electric motors – and the opportunities seem abundant.

“The Namie plant still has room for expansion so that will be our next step. If the number of units we recover should increase and demand for recycled batteries grows, we will consider adding new plants at other locations,” Maxwell concludes.