“Robotising the process means that errors are minimised: we offer a customised service and can immediately start offering a reman solution”

The future is now. The interior of the HQ of reman specialist Alec looks more like the sort of lair that James Bond would find himself in – a hi-tech environment which is some way removed from the traditional idea of what a remanufacturing operation should look like.

Alec, based in Germany, is a wholly-owned subsidiary of ACT group - which also owns automotive reman specialist ACtronics – and specialises in reman of electronic mobility components. In March it opened a brand new, 1500 m2 facility at Eching-München, close to Munich Airport. The firm has automated and robotised its processes by using automatic guided vehicles (AGVs) for bulk remanufacturing.

Flexible processes
“We want to eliminate human error,” says Thijs Jasink, Alec’s chief commercial officer. “AGVs do the internal logistics. AGVs allow us to have flexible processes in a quicker way. Our automated robots take the products to the relevant department, where they are diagnosed with extreme precision and remanufactured. Every step in our process is subject to strict quality tests to ensure that everything proceeds smoothly and quality is guaranteed at all times. The robot drives around with the product, and knows where it needs to go and where it needs to stop. Cleaning will be done by a robot arm.”

When its full remanufacturing operation starts, Alec’s business will employ 20 or so people. Jasink explains how the company was set up – and how it differs from the rest of the group. ACtronics’ clients tend to be garages and dealerships, but Alec’s will be OEMs and Tier 1 companies only – the sort of people who might only want large numbers of a single product remanufactured.

“The process at ACtronics is good,” he begins. “But it’s based on individual components, and batches didn’t really fit. ACT decided to form Alec – and as soon as we raised the idea we contacted our clients. We were welcomed with open arms. This has taken two years from the initial thought process.”

“The independent aftermarket will not be as it is now – it will change. And it will move quicker than people actually expect” 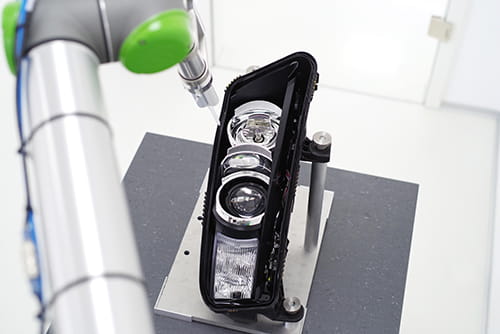 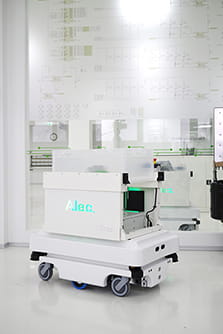 Strategic partner
If customers want to set up a reman operation, they need a full reman plant – “and that’s hard”, points out Jasink. but Alec offers them a way of keeping obsolete components going through their own strategic electronics reman partner. With a minimum batch size of 1,000 units per year, Alec is obviously not pitching itself at smaller companies – and it makes sense for reman outfits to tie themselves in with OEMs as the independent aftermarket shrinks. Without enough parts to remanufacture, work dries up and it is important for all industries – remanufacturing included – not to become stuck in their ways.

“What we do is specific to car needs but I think that all remanufacturers need to get in line and find a relationship with manufacturers or Tier 1 suppliers,” he warns. “If they don’t tie themselves in, they will lose out. The independent aftermarket will not be as it is now – it will change. And it will move quicker than people actually expect.”

Standing still, therefore, is not an option. “You have to be proactive rather than reactive,” says Jasink. “When we quote to manufacturers, they can see the product costs and we can structure it to fit their needs.” For example, some firms might not require end of line or entry tests, and prices would reflect this. “Robotising the process means that errors are minimised,” he goes on. “We offer a customised service and can immediately start offering a reman solution for them. The process is flexible for clients. It is also fully transparent: a cost-effective, open-price structure.” 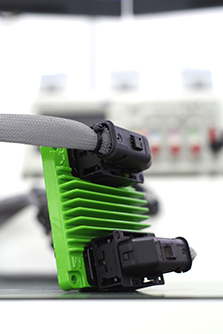 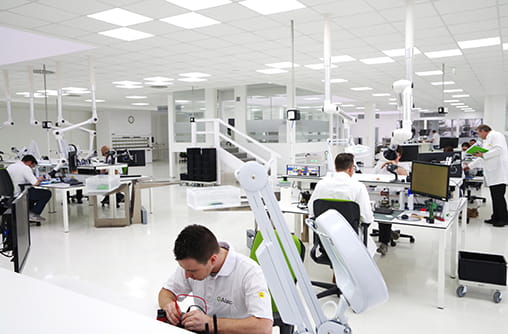 Robotised operation
Non-disclosure agreements mean that Jasink cannot say which manufacturers have signed up to Alec, and what products will be remanufactured, but he confirms that Alec’s robotised operation is currently handling reman of transmission control units for ACT itself.

Hardware is a mixture of bespoke and off-the-shelf. “Some of the robotics are custom-made for us,” explains Jasink, citing a robot which specialises in the gluing part of the process. He points to the company’s “latest facilities in the field of bonding and laser technology”. In addition, he says Alec’s R&D department is constantly looking ahead for new developments and technologies “so as to be able to add the future generation of products to our remanufacturing process”.

How big could the business be in five or ten years’ time? “It’s a good question,” says Jasink. “We have a unique approach. The company could grow quickly: after five years, if it goes the way we want it to, we will have bigger premises – and more robots. We have competition and they will challenge us, but I don’t focus on them: we have our own goals and targets. I’ve seen the challenges that lie ahead – it keeps you on your toes.”