Taking it to the next level

The remanufacturing industry is similar to a lot of other businesses in many ways and participants in it rely on Enterprise Resource Planning (ERP) software to help them manage their businesses. But reman operations also have special needs revolving around cores and core management so off the shelf software solutions rarely work for them.

Level Seven, a consulting-centric technology and marketing agency located in Independence, Ohio, discovered that no existing ERP program effectively handled cores. “From what we learned from this client, we built the reman modules into the functionality of the Microsoft Dynamic NAV platform,” says Stuart Taylor, president and CEO of Level Seven.

“Level Seven is a certified Microsoft Dynamics NAV partner and as such is able to offer a suite of reman functionality that does not connect to the Microsoft product but rather is built into it,” Taylor says. The Dynamics NAV for Reman is suitable for Fortune 100 companies down to start-ups with five employees, Taylor explains. It can be used for all types of remanufactured products and is scalable to accommodate business growth.

Cores are the lifeblood of remanufacturing. Monitoring and managing core inventory, tracking it to customers and suppliers, handling core returns and the inspection and approval process are all steps in a well-run core program.

“Dynamic NAV for Reman allows businesses to do these things and have the information and transactions flow into their financials,” Taylor says. They do not need to have a separate system or manually transfer data from one system to another.

When a customer wants to purchase a part, a sales order is opened tying the order to the correct customer. The item to be purchased is added to the order and once the quantity is entered the core charges are automatically added. In addition, core eligibility is shown including when that eligibility expires. Assigning cores a part number allows them to be tracked separately from the part itself.

According to Matthew Pagni, director of enterprise solutions for Level Seven, one key aspect of the platform is core tracking and banking. There are three types of core eligibility: off, on and on with core bank. When a customer returns a core, the part number is entered into the system along with the quantity being returned. The system checks that customer’s eligibility to return that specific core.

“If a customer returns a core that he does not owe, it can put that core into the core bank and if he ever buys that part he will not be charged for the core,” Pagni explains. He adds, “The option of core banking is significant especially if you have hard to find cores.”

If the customer is eligible to return the core, the system automatically makes the necessary adjustments to the customer’s core tracking record.

Another problem experienced by people checking in cores is giving full core credit for cores that may be damaged. When receiving in a core, the Level Seven system asks the system user to rate the condition of the core. If the core is given a low rating, the system prompts the user to take a picture of the core that then can be shared with the customer who wants proof of why a deduction in the value of the core was made. A core portal allows customers to log in and verify their own core eligibility so they will always know what cores they can return.

Taylor says Level Seven’s solution is a modern approach to core tracking and gives users what they need to make fast, informed decisions. 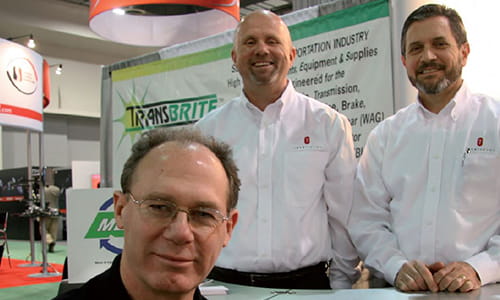