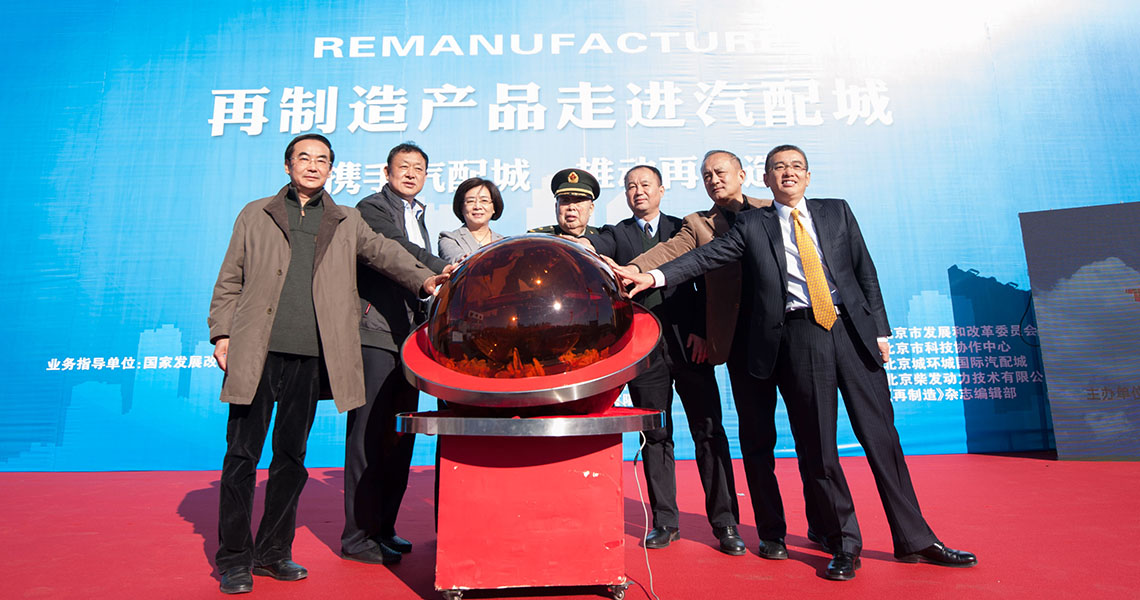 ReMaTec2015 will welcome a delegation of one of China’s most influential economic government agencies, the NDRC, this June. They will be travelling to Amsterdam with members of the Chinese Aftermarket Association, CAAM, representing the country’s remanufacturing industry.

The delegations will be travelling to Europe in a bid to gain more insight into the European automotive and heavy duty remanufacturing sector. They have chosen the ReMaTec show as their starting point because "ReMaTec has for a long time been the most influential showcase for remanufacturing worldwide, and we believe our visit to the show will go a long way in achieving the goals we set for our European tour," a spokesman for the delegation added.

The NDRC is an important department of the Chinese State Council and has been responsible for restructuring the country’s economic development. Currently over 100 companies are active in the Chinese remanufacturing industry, creating an estimated 50,000 jobs.

The delegation will be led by Deputy Director of NDRC Mr. Yao Xin. After their visit to ReMaTec they will visit a number of remanufacturing plants, including Italy’s Sermec and AutoPlanet Transmissions as well as a number of French core dealers and EIT.

Meet the delegation at the China Pavilion at ReMaTec
On the morning of June 15, from 10:00 to 12:00, the Chinese delegation will be present at the China/CAAM Pavilion in Hall 10. For anyone that is interested in the remanufacturing industry in China, this provides the perfect opportunity to obtain up-to-date and in-depth information on the Chinese market as well as a chance to network with key remanufacturing officials which is essential for anyone that would like to do business in China.

About ReMaTec
ReMaTec is the world’s largest remanufacturing show and is supported by the leading trade organisations APRA (Auto Parts Remanufacturers Association) and FIRM (International Association of Engine Rebuilders and Remanufacturers). The main visitor groups are car manufacturers, distributors, importers and remanufacturing firms and their suppliers. Since 2014 Show Management also organises BigR/ReMaTecUSA in Las Vegas. Both events are organised by Amsterdam RAI.