Apra europe moves to the next level

Chairman Daniel Koehler announced his strategy for APRA Europe during this year’s APRA European Symposium in Budapest. Key element is the establishment of APRA Ambassadors for distinct countries.

“If we consider aftermarket sizes across European countries and compare them with our member structure, we see huge potential for growth and development,” stated Daniel Koehler, chairman of APRA Europe during the APRA European Symposium. This took place in April at the Hotel SOFITEL in Budapest, Hungary, where European remanufacturing experts met and discussed the current issues and future trends of our business.

“In order to realise this potential, I came up with a clear chairman’s strategy which I based on analysing the current positioning of APRA Europe as well as questioning member value,” Koehler continued. His strategy consists of five key elements which will be put into practice step by step:

“We are not just talking but also doing,” he went on. “So, we have already started with the implementation of the strategy: for example, the member services and operations we have already 100% established and the value proposition is also completed and just gets a fine tuning after member feedback of our successful symposium in Budapest.” 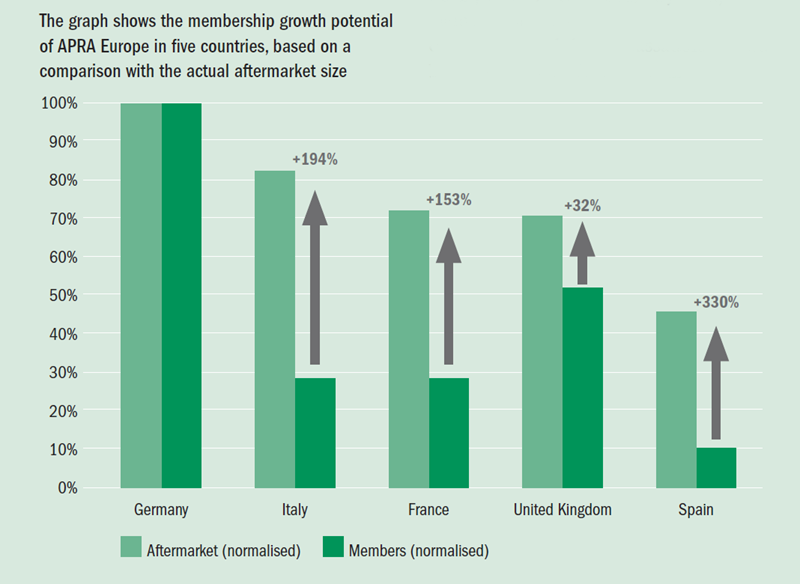 APRA Europe is also about to found a European legal entity – element number three of the strategy - which has been announced in ReMaTecNews previously.

In order to improve visibility in the automotive aftermarket, the remanufacturing industry and among prospective members, APRA Europe recently installed its first social media presence on LinkedIn and there is more to come, explains Koehler.

“The most remarkable part of my strategy, however, is the localisation strategy which includes the designation of APRA Ambassadors,” he said. “These Ambassadors will represent APRA Europe in their home countries and will be the initial contact for any remanufacturing-related company. With the Ambassadors I want to overcome language and cultural barriers - and by this I want APRA Europe to be closer to its existing and prospective members, irrespective of company size, location and language. In the end we actually aim on becoming more European than we are already by reflecting the broad diversity of Europe in APRA.”

Koehler concluded that he and APRA Europe will get moving and implement the strategy, the next level of which can be expected in early 2019. By then, all elements of the strategy should be fully operational and the Ambassadors should be about to start their work.