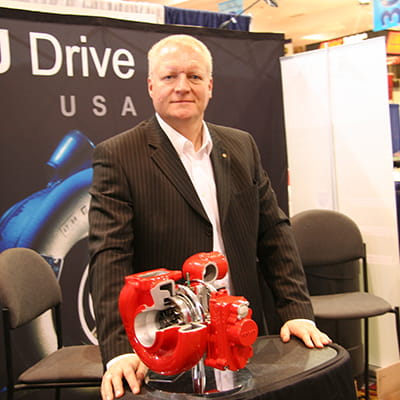 Ortgies, who took over the presidency of FIRM in 2014, is a well-known face in the European remanufacturing industry. Having served as a Director of BU Drive for several years, he continued in a consultancy role following the acquisition of BU Drive by the Sercoo investment group of Germany. He will be based at YC-Europe GmbH HQ in Rödermark, near Frankfurt am Main, Germany.

YC-Europe is the European sales arm of Guangxi Yuchai Machinery Co. Ltd., one of the largest engine manufacturers in the world with a production capacity of up to 500,000 units p.a. Yuchai was founded in 1951 and is located in Yulin Guangxi, China. The company has 22 series of diesel and gas engines in the range of 24 – 1650 kW for vehicle, marine, construction, agriculture and power generation applications.

Listed on the New York Stock Exchange, Guangxi Yuchai Machinery Co. Ltd. employs a workforce of around 9,000, has total assets of over EUR 2.3 billion and has an annual engine output of 500,000 units. It is one of the leading engine manufacturers in the world.

Yuchai has eight subsidiaries and production bases in Fujian, Jiangsu, Anhui and Shandong and Inner Mongolia.