The battery, the heart of an electric vehicle

The development of battery electric cars brings with it many innovations in the automotive landscape, both in terms of market, and industrial impact, but even more in terms of new technological contents. An electric vehicle sees in its beating heart, the battery, the central and breaking element with respect to the ICVs. The battery is also the most expensive and complex component of an EV.

A “rich” heart
Speaking of electric vehicles, the first interesting thing is the cost of batteries, which inevitably affects the total expenditure, net of any incentives.
In 2010, when electric cars started to spread, bathe ttery price was $1,183 per kWh, now, after more than ten years of development of EV battery technologies, it has fallen to $150, and the price of electricity storage will keep falling, by about 10-15 percent per year. Nevertheless, the price of the electric car still mostly consists of the battery price: the "heart" of the electric vehicles will be expensive for a long
time to come.

Why is a battery so expensive?
• First, one of the reasons is the weight of the cells of which the battery is made that should be able to store enough electricity. Currently, the battery pack for the passenger BEV that can travel at least 350 km on a single charge weighs approximately 500 kg.
• Secondly, 80-90% of an electric vehicle battery is made up of powerful busbars and expensive battery cells. Their manufacture requires rare chemical elements, non-ferrous, and even precious metals.
• Finally, EV batteries consist of numerous units and sensors, several protection circuits, and a thermal management circuit. Such a complex design is vital because the high-voltage EV battery operates under high-cycling conditions (charge during each acceleration and discharge during regenerative braking) and under very high currents. Most of the battery price is not only due to cells but also a case. It is an extremely durable component that is tricky to make. 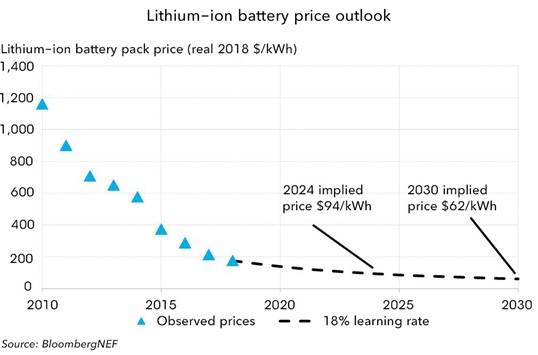 What is a battery made of?
Another aspect of interest is the composition of the cells of the battery. Nowadays lithium-ion cells are the standard for electric vehicles (and a lot of other equipment). Even if, due to the higher price, they have long been considered unprofitable, only such cells could provide real storage density of 100-250 Wh/kg. Japanese EV manufacturers, for instance, preferred battery cells designed specifically for electric cars: they are flat and they are convenient to be placed in pouches of the desired capacity. European manufacturers tend to work with even more technologically advanced cells that look like rather heavy bars. Each format has its own advantages and disadvantages. For instance, cylindrical cells are larger, but, simultaneously, easier to cool. Li-Ion technology has taken the ultimate lead, however, there are some interesting and cheaper alternatives to this product, such as aluminium-ion and metal-air cells. Polymer graphene and lithium sulphur batteries are developed to achieve faster charging and more higher energy storage capacity.

How long does a battery last?
The battery of a modern electric car is a self-regulating system equipped with artificial intelligence that will not enable any harmful modes. The battery does not require maintenance, except for reading possible electronic errors and, if necessary, updating its firmware. The experience confirms that even when intensively used and frequently recharged, the battery can easily handle 100-160, 000 kilometers within the warranty period.

The first signs of battery aging will be evident only after three years of operation when the battery capacity will be 10-15% lower than the initial capacity. But then the degradation process slows down. Even after eight years of work, the battery capacity is significantly higher than the guaranteed 70%. It is important to note how the battery life can suffer from the frequent use of high-speed charging at DC charging stations with a capacity of more than 100 kW. For long-distance trips, this is a real salvation: 30-40 of such charging can replenish the electric car power reserve by 150-200 km. However, charging with ultra-high currents is stressful for battery cells. For regular charging, it would be better to use stations with a capacity of 25-50 kW. 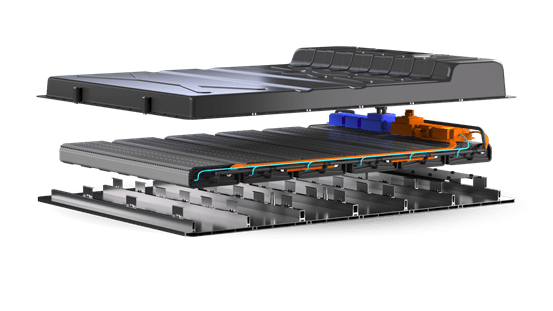 End of life
This issue was of concern for a long time since initially there were no technologies for cheap, deep, and eco-friendly ways of recycling Li-Ion cells. Though they have already been created by now: cases and copper busbars are recycled as ordinary non-ferrous metal; cells are diluted with the help of specific agents - as a result, obtained lithium and other elements can be reused.

Such enterprises are still few in number, so an effective, albeit temporary, solution is to reuse cells or batteries for electric cars for various stationary sources for energy storage. For example, they can be useful for solar stations or wind farms. They can also be used in private households or for the needs of the city power network. For example, in Japan, disused electric car batteries produce energy for street lighting; in Paris, they are used for driving elevators; in Amsterdam, they provide an energy supply for an entire stadium.