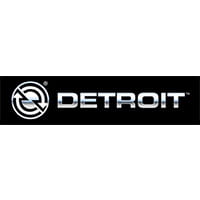 The presentation was made in late January 26, 2015 during the annual summit of APRA's Heavy Duty Remanufacturing Group, HDRG, at the Mirage Hotel immediately prior to the start of the Heavy Duty Aftermarket Week.

According to Joe Kripli, APRA's President, the panel's decision to honor Detroit Reman with this year's award is because of Detroit Reman's continued growth and innovation in remanufacturing technology. The award is given to a company or individual who has demonstrated innovative ways to create and grow a successful business model and, in the process, supports industry efforts to advance the science of remanufacturing.

Betsy Ballard, Director of Product Development and Growth, Detroit Reman, accepted the award on behalf of the company. "I am extremely proud to accept this prestigious award on behalf of Detroit Reman's employees," Ballard said. "As a direct result of their commitment to produce high quality products and develop proprietary remanufacturing technologies, our customers have come to expect some of the highest value products available in the market. We aim to exceed expectations every day."