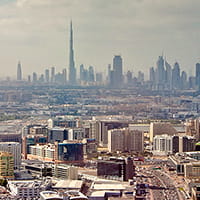 Dubai’s trade in auto parts and accessories was valued at $12 billion in 2014, 10 percent more than in 2013. At the same time the wider region’s automotive aftermarket shows general increase.

This is revealed in figures released by Dubai’s Custom’s authorities.

Further indications of the automotive sector’s growth are disclosed in the figures from the latest Automechanika Dubai in early June.

According to the organizers, the number of visitors to the three-day event passed 30,000 for the first time in its 13-year history. A total of 30,835 trade buyers from 130 countries attended the show with 1,889 exhibitors from 59 countries occupying 17 percent more space than in 2014.

Dubai Customs figures show Dubai’s trade for auto parts and accessories was valued at USD12 billion in 2014, 10 percent more than in 2013. This figure includes imports of auto parts, accessories, tires and engine components worth USD7 billion last year, while exports and re-exports were worth $5 billion.