In the wake of the reported bankruptcy of LEAPP, the retailer of refurbished Apple products, Ian Hall asks what went wrong – and takes the pulse of the reman consumer electronics market

The future had seemed so rosy. Only last year Rogier van Camp delivered the keynote address at ReMaTec’s annual conference in Amsterdam, expounding on his mission to make great products available to people for less money.

Van Camp is the founder of LEAPP, retailer of refurbished Apple products, with more than 20 stores in The Netherlands, Belgium and Germany, and also selling online.

The vision of LEAPP – whose name is an anagram of Apple - has been to continue to grow beyond these three markets into the rest of Europe. In 2014, Het Financieele Dagblad named LEAPP as the fastest-growing retail organisation in The Netherlands (FD Gazellen). The firm – founded in 2011 - reportedly employs around 200 people. 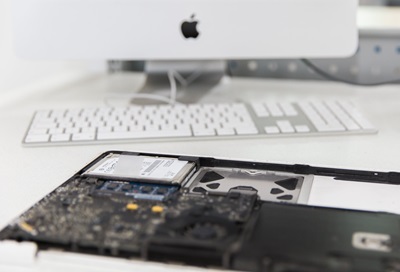 But it was announced on 8 June that the company had gone bankrupt. The shutters are up on its high street outlets and the firm’s websites displayed the following message (translated from local languages into English:

“Unfortunately LEAPP has been forced to apply for a moratorium. On 8 June 2018 the court converted the suspension of payments into bankruptcy. The bankruptcy trustee is currently investigating the possibilities for a restart, for which candidates have already reported. The shops and the web shop of LEAPP are closed until further notice.’

There may well, though, be a glimmer of light at the end of the tunnel. The websites have a self-penned Q&A in which they answer the question of whether the closures could be reversed: “This depends on whether and, if so, when a possible restart will be realised and whether a restarter wants to continue with the stores.”

LEAPP had been growing very fast and, according to reports, had been seeking further capital to support this. Dutch media RetailNews quotes van Camp as saying (translated from Dutch): “Due to a too-short timeframe we unfortunately didn’t succeed in getting all parties involved into agreement in time.”

Van Camp has not responded to requests for comment by ReMaTecNews.

LEAPP’s business has been built on refurbishing Apple products such as iPads and iPhones and gaining acceptance from shoppers that these cheaper versions are still high quality.

A tough sell? LEAPP may have been seen as a rising star but it is important to put its operation in context, given the size of the market for new consumer electronics items.

Big-name European firms in the market include Germany-headquartered MediaMarkt, which describes itself as Europe's largest retailer for consumer electronics - having more than 700 stores in 14 countries.

That said, the market for refurbished consumer electronics is growing: consumers looking for a bargain will always be tempted for a lower-cost solution, if they believe the quality is sufficient. LEAPP’s competitors in the Netherlands include Swoop, which is actually promoted on MediaMarkt’s Dutch-language website.

In March, Dutch consumer association Consumentenbondhad published the results of its own testing and rating of 18 refurbished iPhones, including two from LEAPP. Although both LEAPP-purchased phones scored four marks out of five for quality (just one iPhone, from YourMacStore, scored a full five marks) it concluded that both LEAPP purchases were not a 'good deal'.

Those who heard van Camp, the company’s founder, describe his ambitions for LEAPP at ReMaTec 2017 would be nonplussed by developments, as are market observers in the Netherlands.

Gerard Spierenburg, spokesperson for Consumentenbondhad, told ReMaTec News: "I am slightly surprised by the reported bankruptcy of LEAPP - they have certainly been the best-known firm in the Netherlands' refurbished consumer electronics market, which has been absolutely booming in the past three or four years. Especially Apple iPhones and tablets are very popular. Apple products tend to keep their value as they are very well designed, so a good investment."

Frits Mahovic, who is co-founder of LiveWall, a creative development firm based in the Dutch city of Tilburg, has a similar view: “LEAPP was the first real company focused on refurbished Apple products. In the Netherlands it was a bit of surprise that they have gone bankrupt, firstly because the refurbished business was a great success and, secondly, almost every major city had a store.” Mahovic continues: “The last part was their main issue - they wanted to grow too fast. It seems they simply ran out of money.”

A browse through the comments section of a news story on LEAPP’s bankruptcy on the Emerce.nl site is potential instructive. “This was coming. You get this if you offer no added value. Refurbished products for a slightly lower prices than new products,” said one poster.

Another on the site wrote: “What also has now helped, of course, is the fact that Apple itself also offers refurbished products. And there is a lot of competition in this area like iUsed, macRelife, Forza, etc.”

A third post says: “I think many refurbished providers do add value. LEAPP was simply too expensive with really very outdated equipment. Wonder if they make a new start and, if so, what will change.”

Other comments were more positive: “Always had good experiences with this company. Products to satisfaction and customer-friendliness a high score. Especially for the staff, very unfortunate.”

Business potential aside, policymakers and political stakeholders are also active in the market. The European policy background is, of course, the long-running and overarching series of EU initiatives on the circular economy. The European Commission is currently reviewing the potential introduction of eco-design requirements around the fixing of electronics.

At an advocacy level, the European Environmental Bureau (EEB), an umbrella network headquartered in Brussels, is working alongside other organisations on a campaign badged #RightToRepair. Its call to action is clear: “Tell the EU you are tired of wasting money and resources on products that are impossible to repair.”

Two questions arise when asking ‘what next?’ In respect of the future for LEAPP and its stores, matters are being handled by a bankruptcy administrator in the Netherlands, Kees van de Meent, managing partner and attorney-at-law at Dutch firm Florent.

But there is a broader question as regards the market for refurbished consumer electronics. Consumentenbond’s research did not paint a particularly rosy picture of most products’ quality.

At a European level, BEUC (the European Consumer Organisation) has a view on this. Aline Maigret, BEUC’s Ecodesign Project co-ordinator, tells ReMaTec News: “Some consumer groups in European countries have already tested refurbished products and found that their quality varies considerably. One of the issues that can undermine their quality is how difficult it is to access spare parts, such as batteries or screens, for product refurbishment.”

Maigret is positive about a European Parliament ‘own-initiative’ report, published this May, on the implementation of the EU’s Eco-design Directive. She says that this “rightly pushed to improve the design of mobile-phones and for spare parts to be made available by the product manufacturer”.

There is also a legal dimension. Specifically, this was the Dutch court ruling last year that Apple could not use a remanufactured iPad to settle a customer dispute. As reported by ReMaTecNews at the time, a customer had bought a new iPad Air 2, which stopped connecting with Wi-Fi within four months of purchase. Apple Retail Netherlands offered to substitute the new product with a remanufactured one. However, the Court of Amsterdam ruled found that the plaintiff was entitled to a new iPad as a replacement, not a refurbished one.

For LEAPP, it seems that - as befits its name - perhaps the company tried to leap forward and take too many bites out of the market for refurbishing Apple devices, too quickly. Whether new investment will be found or competitors can fill the gap and build sustainable businesses remains to be seen.