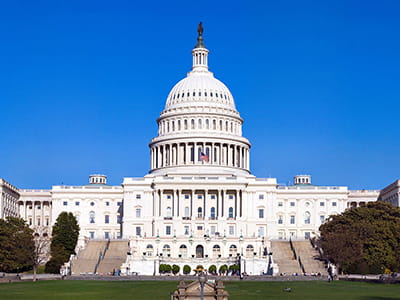 Further reman initiatives in US Congress

Two member of the US House of Representatives are now supporting the proposed legislation in favour of remanufacturing put forward by senators Gary Peters and James Lankford in the US Senate in February.

Sponsored by Representatives Bill Huizenga, Michigan and Brad Ashford, Nebraska, the House of Representatives’ initiative recognizes the environmental, economic and product performance benefits of remanufactured parts. Together with the proposed bill in the Senate, the initiative will strengthen efforts aimed at extending the use of remanufactured products in federal and state vehicle fleets.

Congressman Huizenga said in a statement: "A study in 2013 found that the federal government spends nearly USD 1 billion per year to maintain some 588,000 government vehicles. The U.S. Postal Service and Department of Interior both stated that they have reduced repair and maintenance costs by utilizing remanufactured vehicle components when appropriate. In addition to the cost savings, remanufacturing has environmental benefits as well."

"Encouraging the federal government to use less expensive remanufactured auto parts when repairing their vehicles helps save taxpayers money and supports remanufacturing suppliers in Michigan and across the country," Senator Peters added. "I’m proud to have championed this bipartisan, commonsense legislation previously in the House and now in the Senate, and I want to thank Representatives Huizenga and Ashford for introducing this legislation in the House."

Sanjiv Khurana, president, Detroit Reman, said, "As a leader in remanufactured products for both on- and off-highway power systems for over 40 years, Detroit Reman appreciates the efforts of Representatives Huizenga and Ashford to support remanufacturing within the federal vehicle fleet."

John Chalifoux, president and COO, MERA, added, "Within a one-month period, we have legislation in both the House and Senate that promotes the quality, value and sustainability benefits of remanufactured goods. Now we need to further advance this legislation on behalf of MERA members and the citizens of the U.S."