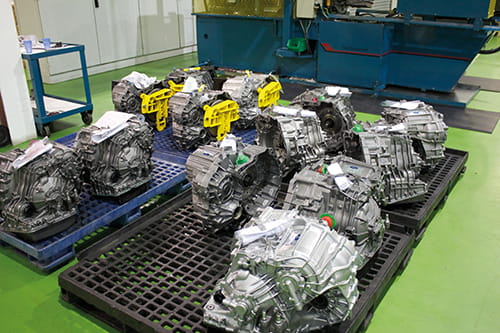 "As the availability of raw materials tightens and the end-of-life disposal costs increase, refurbishing and remanufacturing become more viable and attractive options." That's the conclusion from a new study from University of Illinois.

"As environmental regulations become increasingly stringent and people are more concerned about environmental issues, manufacturers are faced with the challenge of operating both green and profitable businesses," says Harrison Kim, an associate professor in the Department of Industrial and Enterprise Systems Engineering at University of Illinois. "To maximize the total profit from the lifecycle, the initial design for new and upgrades for remanufacture products must be planned simultaneously."

In his research, supported by the National Science Foundation and several key manufacturers, Kim and his colleagues have developed an optimization model to maximize total life-cycle profit from selling new products and remanufactured products. It optimizes both the initial design and design upgrades at the end-of-life stage and also provides corresponding production strategies, including production quantities and take-back rate. The model is extended to a multi-objective model that maximizes both economic profit and environmental-impact saving.

Remanufacturing typically involves two sequential activities: product take-back and a reprocessing operation. Parts are reused rather than being recycled or discarded, delivering products in "same-as-new" condition at a reduced cost while limiting raw material consumption and waste. Commonly remanufactured products include machinery parts such as pumps and engines, power tools, and electronics products —items whos.

"To make remanufacturing profitable, the right quantity of remanufactured products must be produced with optimal part upgrades and offered to the market at a reasonable price, leading customers to choose them over competing products," Kim said. Manufactures such as Caterpillar, John Deere, Apple, Xerox, HP, and Sony represent the wide range of industries that have turned to remanufacturing.