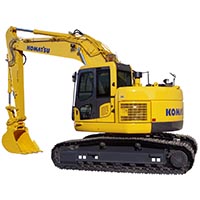 Located in Myanmar, the plant will produce generators as well as remanufacture components.

The company says it has invested USD 5.5 million in the facility, which comprises 5,574 m2 of buildings on a 11,613 m2 site. It has had a presence in Myanmar since opening a sales office in 1995, and says it sees potential for growth.

"In addition to its rapid economic development for the last few years, we are expecting growth in demand for construction and mining equipment in the long term there, as Myanmar is one of the world’s leading producers of jade," Komatsu said in a statement.

It continued, "With KMM (Komatsu Manufacturing Myanmar), Komatsu is better positioned to supply reman products closer to customers’ sites, and will thus be able to help customers improve their productivity and reduce operating and maintenance costs. At the same time, Komatsu will also be able to capture aftermarket demand and work to expand sales."

In addition to the remanufacturing business, which recycles and rebuilds used components to the same level as new parts, Komatsu said it had included generator manufacture in the plant, to help Myanmar solve a problem of electric power supply shortage.