Swedish company STS has a successful reman operation with Volvo Cars. Tim Maughan finds out about this – and a university study which shows the ecological benefits of the company's operations

The reduction in emissions also factors in the supply chain, showing a net environmental benefit, even if a transmission is transported from thousands of kilometres away. The academic paper, produced by Pranav Gahane and Mohamad Kaddoura, looked at the reman operations of Volvo Cars and Swedish reman company Scandinavian Transmission Service (STS), which is based in Stenungsund, north of Gothenburg. It remanufactures 3,500 transmissions for Volvo a year. Ola Stalebo, the firm's CEO, explains that Volvo - which for years has been involved in circular economy practices - has been one of its chief customers, since STS was founded in 1969. Today, more than 50% of its business is with Volvo - the remaining half of business is taken up remanufacturing car and truck transmissions for a list of firms which includes Ford, Scaniaand Kia. "So, everything with a gear," says Stalebo. "Gearboxes, planetary gear for Scania, automatic transmissions for Volvo, and we do manual transmissions for several smaller customers." 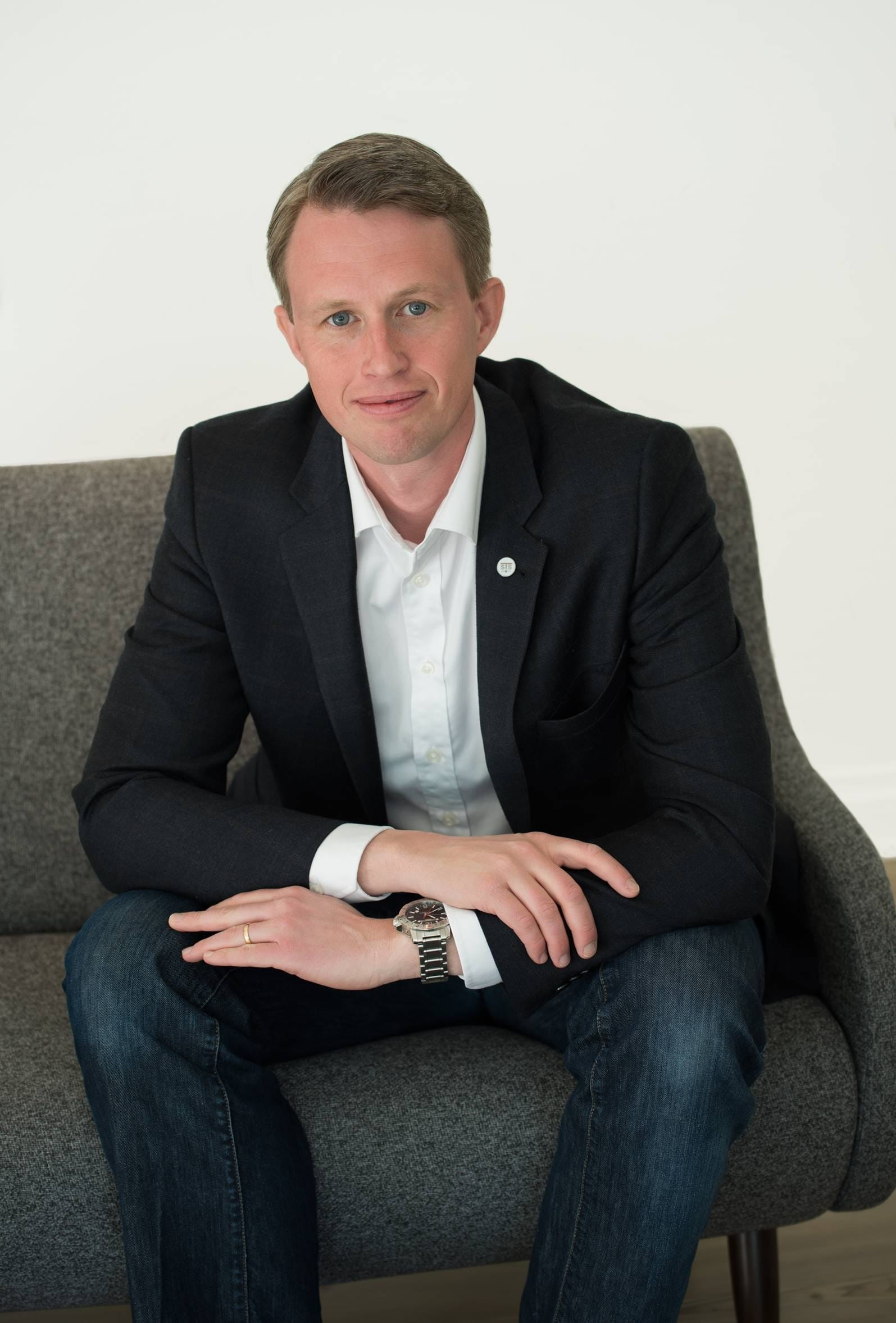 All told, STS remanufactures 5,000 transmissions a year. It takes around seven hours to complete a job on a transmission, explains Stalebo. The assemblies are stripped down - a transmission is typically made up of some 500 parts, he says - and individual components are then scrutinised. "You wash the parts, of course, so it is not so different from other remanufacturing, but you also throw away single use parts like gaskets and bearings. We do the washing and inspection of the parts, and then change the parts that need to be updated; we also update the transmissions to the latest specifications, and of course the broken transmission parts are replaced. Then the transmission is assembled again and tested." Stalebo, who has worked at the firm for a decade, points out that a transmission dealt with by STS is actually superior to the original product. "The quality can be better, because we do updates. If it was manufactured ten years ago, a quality update is made, even though the actual part is not broken. This takes away the potential for failure later in the life cycle. The quality of the transmission is better after we remanufacture it than it was when originally manufactured." 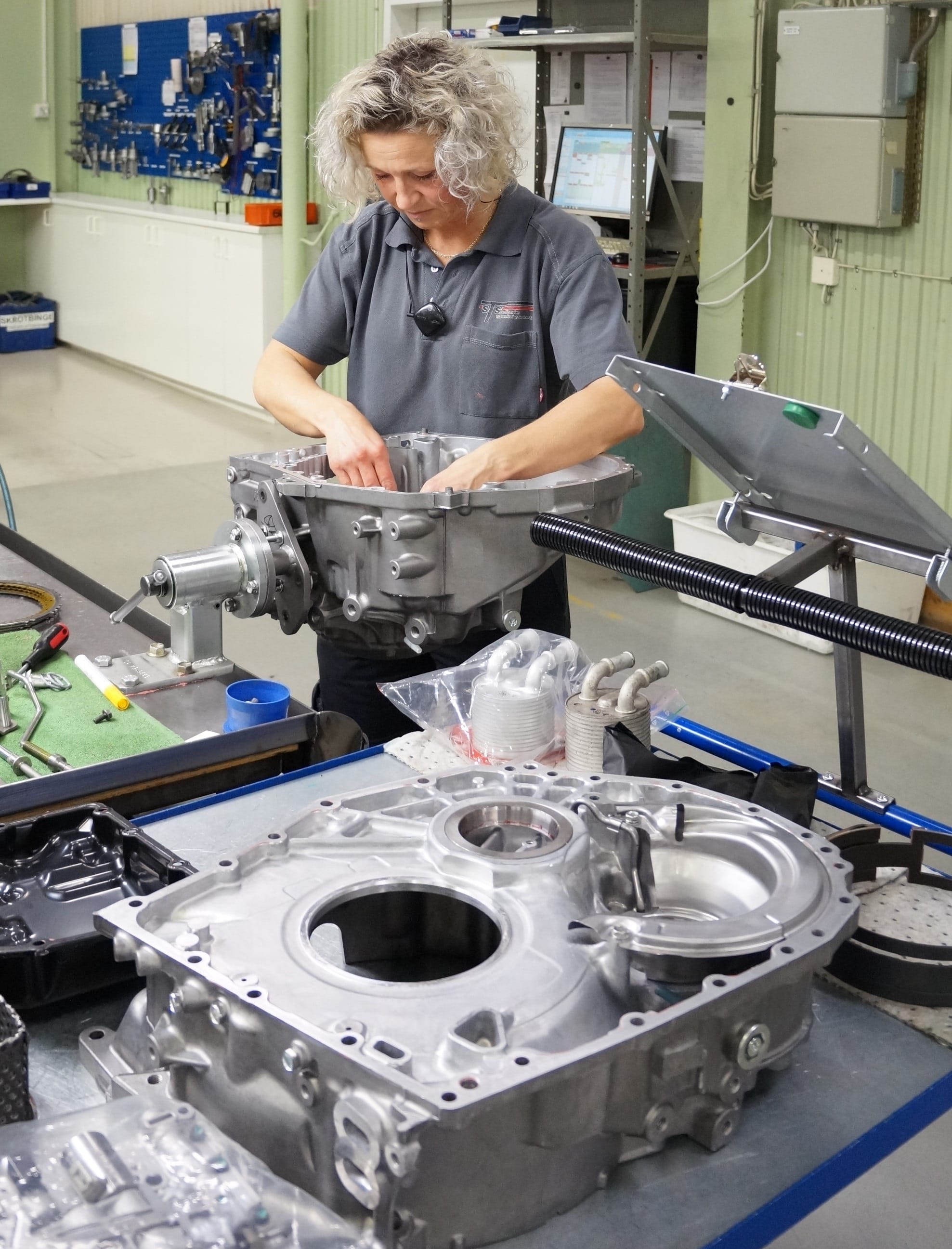 “If it was manufactured ten years ago, a quality update is made, even though the actual part is not broken: this takes away the potential for failure later in the life cycle” - Ola Stålebo, CEO, STS

Asked what the typical faults or wear and tear damage are with the pre-remanufactured transmissions, Stalebo replies: "They are very different because we receive transmissions from all over the world, and it's different dependent on which environment they have been operating in. We have some problems with overheating in hot countries, like in the Middle East, but you can have the same problems with transmissions with overheating in places like Switzerland, where there are a lot of mountains." And how many times can a product be remanufactured, in general? "There is this big discussion going on in the industry. My personal opinion is that it can be remanufactured again, from a technical point of view." That said, he admits that at STS many parts are discarded and replaced, even though this is not "always necessary". In Gahane and Kaddoura's thesis, entitled Remanufacturing in circular economy: A gearbox example, a life cycle assessment (LCA) of 30 components in a remanufactured and a newly produced transmission was performed. The aim was to establish an overall view of the total environmental impact of the extraction of raw materials, manufacturing processes, use, delivery to the remanufacturing facility and energy consumption. The study included STS, Volvo, and Mistra REES - the latter is a four-year programme run by a consortium of Swedish universities, and private companies.

"We have had an ongoing discussion with Chalmers for quite a time, but actually the contact this time came via Volvo. Their [car division] remanufacturing manager Gunnar Magnusson thought that we are a good example for this study, and of course we are located in Sweden," says Stalebo. The 36% reduction of emissions calculated by the Volvo/STS process is largely driven by the fact that the reman process identifies, with pinpoint accuracy, exactly which components are needed - and the new components, such as bearings and software, are inevitably more efficient than the old, both in terms of the actual product, but also in the actual reman engineering process. "One of the production processes uses raw materials such as steel and aluminium - so they [the researchers, Gahane and Kaddoura] made some kind of calculations about what they expect to be used, when doing a new part for a transmission," Stalebo states. The study also found that even if a transmission is brought to the STS facility from a customer 14,000km away, an efficient reman overhaul still leads to a net reduction in CO2 emissions.

As technology and the remanufacturing business continue to progress, ReMaTecNews asks the STS boss how he thinks the reman business will develop. There is no doubt, he states, that the image of reman has greatly improved. He says: "We have a very good view of the future and we think that the business potential is very large, not only with Volvo, but with the OE manufacturers in general. Also, what I like very much is that the academic world is interested in remanufacturing. STS has been doing it for 50 years, but when it started up it was done for cost reasons. It was not a business they were proud of, but I can see now, after ten years in the business, is that remanufacturing is something you are proud of. Some of the things you did were to reduce warranty costs, and remanufacturing was something that you didn't speak too much about. Now, it is something that the OEs are actually pushing out there and promoting. We have a good remanufacturing programme, so we think it is also very good that the academic world is showing that it is actually good for the environment as well - not just something that the manufacturers say." 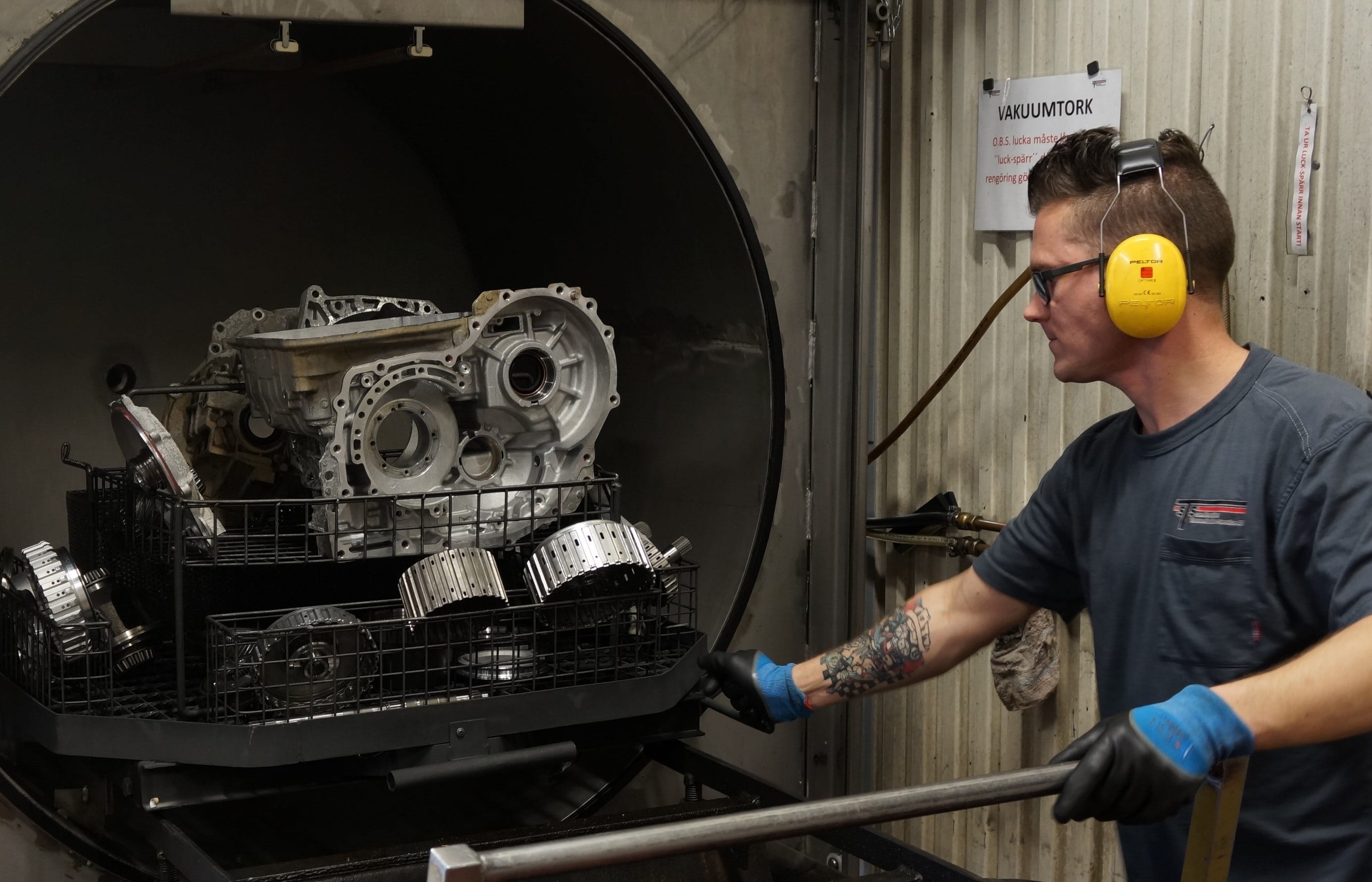