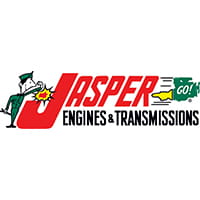 Jasper Engines & Transmissions, one of America’s leading remanufacturing companies, has announced an all-time record in sales for the past financial year. In part driven by a new remanufacturing facility, the share price for the shareholders, the company’s employees, has reached its highest ever.

Chairman and CEO Doug Bawel announced that thanks to another record year, the 100 percent employee-owned company’s new share price was USD141.45 for 2014, up 72 percent over 2013. This follows a 55 percent increase in the per share value announced last year over the stock value of 2012.

"You’ve outperformed the overwhelming majority of all publicly traded companies," Bawel told the employees. "We’ve been blessed to have averaged 9 percent annual organic sales growth in the last five years, including a 15 percent increase in 2014."

Including the acquisition of Weller Truck in Grand Rapids, Mich., sales increased 54 percent over 2013.

Bawel said the company is thankful to its associates for making 2014 such a success. "This is your company," Bawel said. "Hopefully, when you talk to other people about Jasper, you encourage them to join our family. We need more great people to join us as we continue to grow."