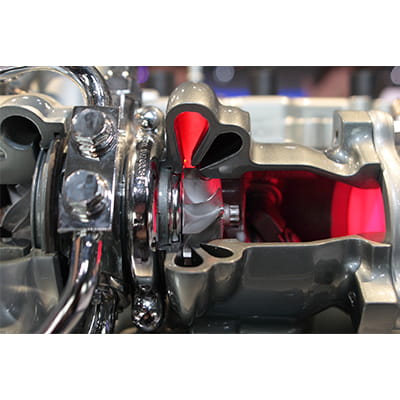 North America’s key event for the remanufacturing industry, Big R/ReMaTecUSA, has seen a boost in turbo companies joining the ranks of their exhibitors.

With almost four times as many turbo companies taking part in comparison with last year, the show is reflecting the increased popularity of the use of remanufactured turbo chargers. With today’s trend towards more sustainable use of resources, turbo chargers are used increasingly to enhance overall fuel economy as well as to meet stricter emission standards.

Honeywell Turbo Technologies, the leading global developer of automotive turbochargers, released its Global Turbo Forecast in 2014, estimating the industry will generate $12 billion in revenue by annually equipping 49 million vehicles with turbochargers by 2019. The continued growth of turbocharging technologies will be driven by requirements for manufacturers to meet global environmental emissions regulations and bolstered by strong demand in emerging markets - such as North America and China.

As part of the Better Your Business seminar program, Flight Systems Automotive Group’s Bob German will be presenting current trends and technologies that will impact the turbocharger remanufacturer. German will discuss published market growth projections, the use of mechatronic controls, and how this can change your business in the future.

During a session in the ReMaTec Theater, Melett’s General Manager Kenny Taylor will be highlighting some of the recent changes to the industry and the impact these are having on turbo remanufacturers and repairers, including the significant changes in the supply chain, which have resulted in a surge of low cost manufacturers and availability of lower quality repair parts.

With noted turbo companies in attendance such as Herm-Archer Turbochargers, TurboPark, Turbo Synthesis, Goldfarb & Associates and Turbo International, Big R/ReMaTecUSA is not to be missed by anyone seriously involved in the remanufacturing process surrounding turbochargers.