Remanufacturers are already up against it when it comes to communicating the benefits of reman – and now there appears to be a movement to buy new in the US, even when reman is an option. Denise Rondini examines the evidence

There seems to a shift in the percentage of truck users choosing a remanufactured part when they have the choice between new and reman, according to MacKay & Company, a trucking industry market research firm in Illinois. The company conducted a survey of fleet maintenance managers and received approximately 700 responses. Survey participants were fleets of all sizes and vocations excluding transit buses and motor coaches.

Let’s take a closer look at what’s going on. In 2005, MacKay statistics showed the overall aftermarket by type of replacement part looked like this:

In 2015, here’s how those same categories looked:

Notice the big jump from 23% in 2005 to 35% of folks choosing new parts when they had a choice of new or reman. Dave Fulghum, vice president of MacKay & Co, says its research shows that new offshore products are coming into the US market priced very competitively to reman - and that what may be behind the shift. And while Fulghum freely admits he does not have hard facts, the trend seems to be most prevalent in the area of rotating electrical components.

Rotating electrical improvements
Jerry Sweetland, president and CEO of Pure Power Technologies, a company that engineers, manufactures and remanufactures diesel fuel injectors and turbochargers in Blythewood, South Carolina, agrees with Fulghum. “You are seeing improvements in new rotating electrical products along with prices similar to reman. That effectively eliminates the opportunity of having remanufacturing as a possible solution because of the low cost of new.” He adds that as components get more complex”. Owners are getting smarter and they are going to evaluate their options appropriately, he adds. “I think we will see more of an understanding of quality going forward. And if you can’t guarantee the quality of your remanufactured product - especially if your job depends on the reliability of the vehicle - that would tend to lend itself toward the purchase of new to almost guarantee the products will work appropriately.” He believes that remanufacturers who base their brands on OEM quality will be better able to provide customers with “like new performance.” He thinks the current trend is based on perceived reliability of some remanufactured components and that “tends to force buyers into potentially selecting something that is a bit more of a guarantee especially if quality and longevity of the product is a concern”.

Doug Wolma, vice president and general manager of global aftermarket for Dana Inc, also sees “the cost and improved quality of new components from low-cost countries as a continuing threat to reman in North America”. However, he adds: “While low-cost country quality will never be as good as OE, in many cases it is good enough for customer satisfaction in the aftermarket.” Add to that the fact that customers are more closely monitoring the cost of cores. “If full credit is hard to achieve - overly strict core acceptance criteria - it can cause the cost of the reman product to be uncompetitive,” Wolma says. He cautions remanufacturers to keep an eye on both of those issues going forward in order to stay competitive. Meanwhile Joseph Mejaly, senior vice president operations, sales, strategic planning and marketing at Denso is aware of this shift to new as an option to reman when it comes to rotating electrical. “But I don’t think we are talking about the complete assembly coming from offshore,” he says. “What it means is the components used have been validated and the assembly process is being done in a very efficient operation here in North America.” He continues: “From my perspective, I think the market is still a little bit leery about an offshore product in its assembly form.” 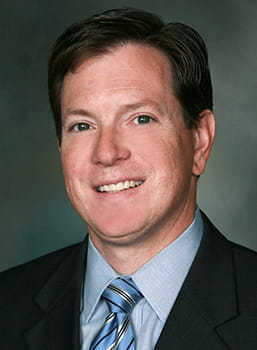 John Chalifoux, president and COO of the Motor & Equipment Remanufacturers Association, says that while remanufacturing yields fully-warranted products that are as good as - or better - than new “there are instances in the marketplace where new replacement parts can be priced lower”. He continues: “Buyers must be aware that lower-priced new parts are not always the better buy.” Remanufacturers have to continue to remind customers that “as with new manufacturing, remanufacturing is a standardized industrial process that is performed in a factory setting”, Chalifoux says. Remind them that “remanufacturing incorporates engineering, quality and testing standards, and it is a critical component of the circular economy. In the end, the difference between ‘new-man’ and reman is some of the component parts in the remanufacturing process have had a previous life. But before those components parts enter the manufacturing assembly process, they are cleaned, inspected and validated so the overall part can perform like new.” Obviously one way to combat the new products is to lower the price on reman. Fulghum concludes: “If [remanufacturers] can lower the price and still survive the other guys will go away, but that is a tough battle to fight - especially with offshore manufacturers who may be subsidized by their government.” One ray of light for US remanufacturers is that the new Trump administration is bullish on the idea of ‘made in America’ - and at least is talking about tariffs as a possible way to level the playing field. 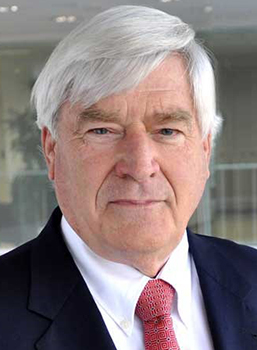 Dave Fulghum, vice president of MacKay & Co, has spotted another trend in reman having to do with radiators and this one has been brought about by the US Environmental Protection Agency’s 2002 regulations. In order to meet those regulations, US truck makers had to move to exhaust gas circulation, which added heat to the combustion process. This necessitated a shift from copper radiators to aluminum ones. As those trucks have aged, rather than being able to remanufacture radiators, the radiators have had to be replaced. “Nobody has figured out how to repair aluminum radiators. You used to be able to solder copper radiators,” he says. “Today as radiators fail, they are being lifted out, a new one dropped in and the old one thrown away. You don’t really have a choice because you can’t fix them.” If somebody can figure out how to fix these aluminum radiators they have got a huge market for themselves, Fulghum concludes.