In 1993, Edgar Hetzel was working in one of the biggest rebuilders in Europe – Chrysler, Subaru and Toyota were customers - as a workshop and technical manager. He brought his younger brother Ulrich (Uli), a business and computer science student, into the company to help out with IT. A series of corporate machinations above their heads followed – with the net result that many workers found themselves being let go as ownership changed. “It wasn’t a problem for me,” Uli recalls. “I was a student, doing it part time. But my brother needed a new job.” Edgar had been pondering striking out on his own – after all, the Hetzel boys’ father had owned a garage and a workshop so they were brought up with the idea of running a business. “He was already open to the thought,” recalls Uli.

Edgar asked Uli to come with him. And 25 years on, they are still in business in south-west Germany – and, perhaps more importantly, still speaking to one another. “It is a big surprise for many people how we can get along together for such a long time,” says Uli. “There are several answers.” Among them are that Uli does finance and organisation while Edgar handles the technical side of the business: they are careful – and sensible – not to tread on one another’s toes. Also, he says: “There is a deep and mutual trust. We will do the best for the company. We only need quick words to communicate to get onto the same track.” This division of labour is vital for the company’s success. “If you only have a technician, then you may have the best quality product but you don’t earn the money,” Uli suggests. And vice versa, of course. “We have two different frontiers to work on where we could give our best. You need to produce outstanding quality and make money.”

Specialise early
Uli cannot mention the OEMs with whom Hetzel works, but he believes that the company’s success has been based to a large extent on choosing at an early stage to specialise in automatic transmissions. “If you do everything, you are one of a lot of companies in the market,” he points out. “But if you’re focused then people recognise you.” But even with good intentions, events can always derail the best-laid plans. In common with many other companies, the Volkswagen ‘Dieselgate’ scandal has certainly affected Hetzel’s business. “It creates a lot of trouble here because it makes people move to alternative systems like hybrid or electric,” Uli agrees. “People are unsure if they shall have their car repaired.” Part of this is that they are worried about being denied entry to urban areas in diesel vehicles in future.

It is a graphic reminder that things are constantly changing: the company knows what it means to diversify its business. “We are probably the first company in Europe working on transmissions [for an OEM],” Uli says. “They help us…we help them.” It is refreshing to hear of this sort of collaboration. “We can do this with their help. The advantage is that it is much quicker than when you have to work it out yourself.” He estimates that this could be the difference between five and 10 years - or just two to three years of development to be able to remanufacture certain parts. When it comes to the future, the company knows from its relationship with OEMs what the hot topics in transportation are. “Young people will not buy their cars,” says Uli. “They will rent them for a day, a week, a month. They will buy a service from car manufacturers. So we will lose individual customers on one side. Therefore we have to concentrate more on the OE side. Also, we’ll concentrate on training. We are creating our own market on training.”

This is a fascinating area, both from a business point of view – but also, in a wider sense, from a cultural point of view. The company set up its own training centre, which throws up a number of issues. Many companies would not have the confidence to do this, seeing it as giving away their own secrets. But Hetzel does not view it in this way. The brothers know that the knowledge they have is considerable. “We are one of the biggest companies in Europe [in this area]. We spread out in many different directions.”

Positive effect
Hetzel’s training has undoubtedly had a positive effect on other companies – but Uli believes this is good for the industry – and not bad for Hetzel. About 30% of the company’s turnover comes from reman/rebuilding, with 70% from its parts business. What Hetzel is doing by training other companies is, in effect, creating more customers for other bits of its business. “Suddenly we see customers everywhere,” he says. “They make transmissions. The market is really huge – we can’t reach everyone in Europe. So we may lose some of the transmissions business – instead of five [from one customer], we get two or three. But we may also get orders for parts for 50 transmissions now. It doesn’t hurt: the beauty of it is that we can accompany customers in their development. They always need help and support, and we’re not afraid of the competition. This moves us on. We can be in contact with them for a long time: this openness is valued by us – we have customers who buy for 10 or 20 years from us.”

It is an attitude that many firms might do well to emulate. He tells a story which came from the company’s 25th anniversary celebrations. “One person told us that he was frustrated competing on price for brake pads,” he explains. “They invested a lot of money in one week’s training with us – it was one last try to build up a competitive business. Since then it changed their business: they concentrate only on automatics, they can ask for fair payment, they don’t fight for €5, they sit with their customer to talk about their real problems. They said ‘thankyou’ to us – and that was one of the nicest and biggest presents to us. They told us we were ‘life changing’. It is not often someone says something so intimate and kind to you. That lifted us up and makes me proud that we are doing the right thing.”

There have been huge changes in the industry over the last 25 years. “The biggest change is the development of technology,” Uli explains. “When we started we worked with 40-50 different transmissions; today there are 400-500 to deal with.” Car manufacturers are also, perhaps understandably, keen to squeeze out competitors. Things are not easy – but being nimble helps. “We are 35 people – it’s tiny and small. But we’re so flexible – and that’s what you need to be in a changing market. If you lose business in one area then you can find work in another area. This is always possible: we are optimistic and we see a good future.” He sees a number of advantages in Hetzel’s current size: “I believe very much in flexibility, and companies that are small. They maybe don’t look very much into the future but they can change their business from day to day.” No wonder that he is so happy: the company was recently named one of the 100 most innovative medium-sized companies in Germany for 2018. 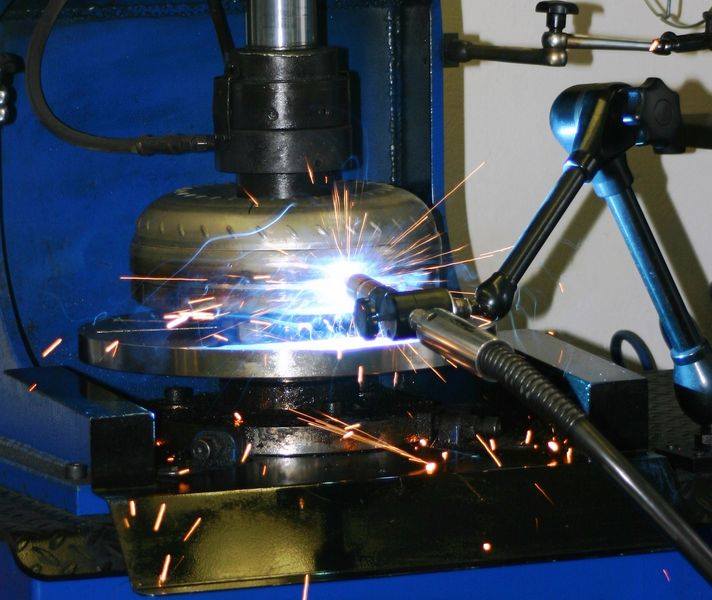 Difficult business
Reman is becoming more and more important, he suggests. “We have a lot of pollution in the world, there is global warming, we know that we can’t go on in this way. Many people want to share reman, but it is a difficult business. It is a stony and difficult road to go but it has a good future. When we rebuild transmissions, 85-90% of the parts are reused. It doesn’t matter if it’s us or our customers. We create a recycling of 200 tonnes of metal and oil per year.”

Together with the recycling done by customers, this amounts to 800-1,000 tonnes every year, not to mention savings in energy and pollutants compared to new production. “We didn’t start the company to protect the environment,” says Uli. “But everybody can benefit from it: we earn money, the customer gets cheaper transmissions – and there is usually a workshop in between making some money. It’s a win-win situation that we create – and we can’t do any better than that.” Perhaps Uli’s main message is that every company has setbacks – but once you have thought about what needs to be done differently, you can come back stronger. “We have had several of these situations in our business life,” he concludes. “If we didn’t, we wouldn’t be in the market any longer. Don’t lose your perspective and your optimism. Take your decisions and be prepared for what comes.”