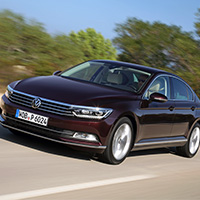 European new-car sales grew by no less than 9.1% in July, equating to 8.6% year-to-date, JATO Dynamics, the motor industry analysts say.

Volkswagen continues to lead the market, as the Passat joins the Golf and Polo in the top five while Ireland, Spain and Czech Republic posted the strongest growth in July JATO reported. This is just above the 8.6% growth registered so far in 2015.

Other findings in JATO’s market analysis include:

Brian Walters, Vice President of Data at JATO Dynamics, commented. "The markets that suffered most at the height of the economic downturn a few years ago, such as Ireland, Spain and Portugal, are now among the fastest growing markets in Europe as consumer confidence has returned".

The Volkswagen brand maintained its lead of the European car market, with a 7.7% increase in volume, during July, almost matching the overall market growth, and its 8.9% year-to-date growth beating the market average. Ford took second position in overall sales, ahead of Opel/Vauxhall, Renault and Peugeot. All of the top ten brands have increased sales year-to-date.