The acquisition of Wealdstone Engineering in the UK signalled Caterpillar’s ambitions to expand its remanufacturing operation to Europe and beyond. In an interview with ReMaTecNews, Caterpillar’s head of reman services, Steve Fisher, talked about how reman is a growing industry in both Europe and North America, and how there were other opportunities presenting themselves. 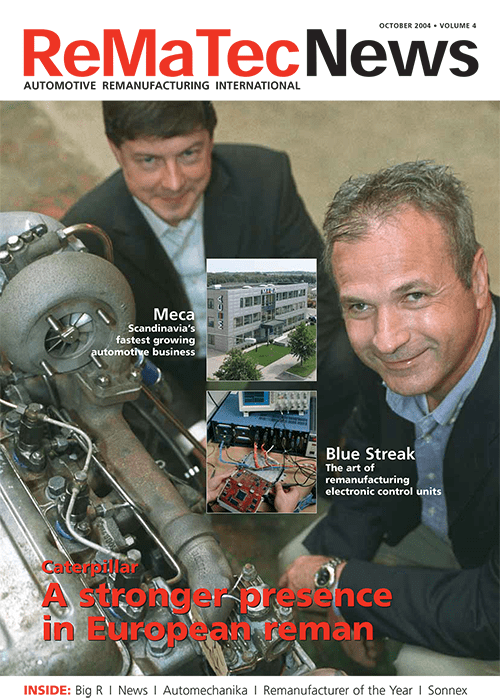 “In the emerging markets, China, for instance, we think that remanufacturing will play very well there,” he enthused. Fisher also agreed that the US had been late in adopting the environmental arguments in favour of remanufacturing. “We probably have been a little slow, at least not aware of it as much,” he commented. “We think that it’s a powerful trend in North America and that we’ll be well positioned to take advantage of it.” He pointed to the G8 Summit’s (then recent) 3R initiative – Remanufacture, Rebuild, Refurbish - which encouraged member nations to be socially responsible. “These trends are going to continue,” Fisher concluded. “What this means exactly and when it will happen, I’m not sure, but it will happen.”