After nearly three decades of work in the circular economy, Professor Nabil Nasr of the Rochester Institute of Technology is convinced that remanufacturing must back up its arguments with cold, hard facts. In an attempt to provide these, he is currently immersed in a major research project for the International Resource Panel (IRP), the body set up by the United Nations Environment Programme (UNEP). Policy makers all over the world will be the main audience for his report, which Nabr says will present the case for the “feasibility and importance” of remanufacturing scientifically for the first time. No details are available just yet but, speaking to ReMaTecNews, he explains: “We all promote the elimination of barriers, but we are taking a scientific approach.”

Moving obstacles
He is looking at the circular economy in four countries - China, the US, Germany and Brazil – and putting various factors into his models to explain what would happen if you moved existing obstacles to reman out of the way. These variables include emissions, material and energy consumption, economic value and the labour potential. This quartet of countries is particularly important because, between them, they account for 44% of the world’s total manufacturing output. “It is important to look at the broad picture,” he continues. “To only look at reman in the European Union or US doesn’t help as much as looking globally.” This makes sense, since many reman products – in whatever sector – are shipped and consumed across various territories. But building a case for the benefits of reman requires a solid grounding in reality, telling governments what is happening currently – and what could happen if law changes are put into place. “We’re trying to quantify the value of the process,” he explains. “The work is ongoing. There is a lot of interest in the circular economy.” 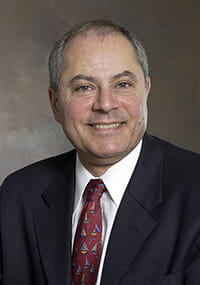 “We now have people who understand reman correctly…We also have some who think they do, but don’t – a lot of people are confused about the value of reman”

Open door
Indeed, there is a feeling that reman’s time has come, that new interest from policy makers means that the sector is pushing at an open door. “I’ve been in this industry for 28 years and we were below the radar screen,” he agrees. “I used to carry around a presentation for when I was talking to anyone in government that said: ‘What is remanufacturing?’ That has changed: we now have people who understand it correctly.” He pauses. “We also have some who think they do, but don’t. A lot of people are confused about the value of reman.” But the fact remains that it is at least on the agenda, even if there is still some confusion. And surely it is a good thing that European policy makers, for instance, can see the value of reman? “Yes, the EU is excited, but not necessarily everything that they think would help the industry would, in my mind, be that helpful,” Nasr counters. So, reman needs to seize its chance.

Enjoying visibility
Being under the spotlight is not always the benefit that it at first appears, especially if reman is not using the opportunity to put a coherent message across – after all, it is only a few months since common definitions of basic reman processes were agreed across the industry. “The industry has not done a good job for years in capturing the solid facts about the value of reman,” Nasr says. “We’re enjoying the visibility – but the lack of data can be counter-productive.” That is about to change. He plans to deliver a draft of the report to the IRP in May, which means that his research could be published before the end of 2017. “We could see it this year,” he hopes. “I’m cautiously optimistic.” Its impact could be considerable: “Some of the data we have in the study has surprised even those who work in those sectors. For the first time we are doing a bottom-up analysis.” There is little doubt that such work is needed.

Strong data
“There is a lot of regulation facing the import of reman products and the movement of cores,” he continues. “There are many barriers to reman in many countries. Some approaches can be very helpful, but even in Europe there are additional pressures.” In particular, there are real problems on the horizon, he thinks – not least the expansion of the definition of ‘waste’. “That places significant burdens on companies that work in reman,” he says. Nasr’s fear is that the sector may simply become too expensive for some companies. “In my mind, this could potentially harm any sector: it might be more harmful to some than to others.” Changes to what remanufacturers can call ‘core’ could establish new barriers that make things even more difficult than they are currently. But Nasr is hopeful. “The IRP study will shine some strong light on these issues,” he concludes. “The data is very strong. The impacts are clearly showing that what we’ve been promoting for a long time is based on clear evidence.”