This year sees the renewal of the Remanufacturer of the Year awards programme, with three trophies up for grabs instead of the usual one. Adam Hill explains what has prompted this change,

This year, things are changing. Make no mistake, the prestige of the title remains the same – this is still the trophy that reman professionals really want to win - but ReMaTec has taken the decision to expand its scope. Instead of one award, there will now be three (see RotY Awards 2018: New categories). The reason for that is simple: the remanufacturing sector is expanding rapidly – and the award itself is expanding to reflect this. 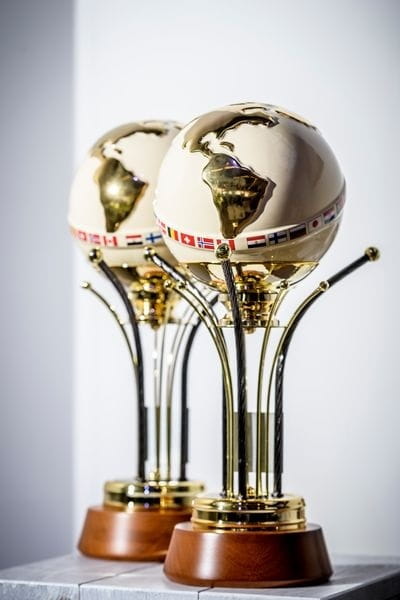 2. Best Reman Business Innovation: In this category we will look into disruptive business models towards remanufacturing. The winner of this category should be an inspiration to other remanufacturers, and might include independent remanufacturers who managed to work with OEs, or providers of reman as a service, and so on.

3. Best Reman Ambassador: This award will honour an organisation or individual that has significantly contributed to the awareness and/or acceptance of remanufactured products with the general public, or with policy makers.
For more information: please visit check out the RotY page.

Last year’s winners – Peter Bartel and Salvador Munoz Zarate – are a perfect example of this shift. It was the first time that the RotY award had been given to two people rather than a single recipient – and they received the joint award for their work in lobbying and advisory activities with the United Nations and European Commission. The judges’ citation read: “They were the driving force behind the industry’s declaration of common definitions and have together made a massive contribution to the greater understanding of the global remanufacturing sector by politicians and policy makers.”

This is a significant step: because of their work – and that of some of their peers - the reman sector is gaining more general awareness and recognition. Automotive remains at the core of ReMaTec, but remanufacturing in other industries is increasing in importance, from aviation to heavy-duty machinery, from laptops to wind turbines.

For that reason ReMaTecNews has broadened the awards: in short, any company can enter – and ReMaTec is openly inviting reman practitioners from non-automotive sectors to take part in the RotY Award competition, to gain the recognition they deserve and to claim industry leadership.

Above all, it should be made clear that these awards are entirely open: RotY applicants do not have to be an exhibitor at ReMaTec 2019, nor do they have to advertise in ReMaTecNews magazine. It really is all about the quality of the submissions.

Since the RotY awards categories are open to all sectors active in remanufacturing, the jury also needed to change to reflect that. To that end, we have added cross-sectoral experts in remanufacturing, with engineering, academic and business consultancy backgrounds, to the panel (see box, RotY Awards judging panel). Two longstanding and respected veterans of the reman industry, Fernand Weiland (APRA Europe) and Volker Schittenhelm (FIRM), will reprise their roles. They are joined by Tessa Vlaanderen, founder of New York-based thinktank Circular Futures; Erik Sundin, respected reman academic from Linköping University in Sweden; and Felix Feuerbach, founder of German consultancy firm Kemény Boehme & Company.

ReMaTec hopes that the new categories convince many different companies that the RotY competition is worthwhile for them. “Our aim is to make it attractive for everyone to participate in this award,” says Niels Klarenbeek, director, remanufacturing and refurbishment at ReMaTec organiser RAI Amsterdam. “Over its lifetime, the RotY Award has celebrated the achievements of some of reman industry’s pre-eminent names. Within the industry it is considered a major accolade.”

The profile of reman has never been so high. “At a time when green issues, conservation of resources, recycling and environmental responsibility are at the forefront of public concerns, the award is intended to highlight the huge commercial and environmental benefits of remanufacturing,” Klarenbeek continues. “That is the reason that we have renewed our award and jury panel.’

There is no doubt that winning the award has an impact. Peter Bartel, who was on stage in June 2017 receiving his trophy together with Salvador Muñoz Zarate, is very enthusiastic. “The RotY award came totally unexpected for me,” Bartel says. “I did not even know about the nomination beforehand. But I was thrilled and proud to receive the price. Our company, Circular Economy Solutions, gained a lot of attention after the award presentation. And the fact that our work for a more circular world is valued by others and seen by public gave us even more motivation. I think the RotY award is a good motivation for many to support the development of our industry with a lot of passion. Additionally, the yearly award brings faces to our business, and shows that it is based on the daily commitment of individuals.’

Despite the changes, the RotY Award continues to throw a spotlight on the very best that the remanufacturing industry has to offer. The trophies will still go to people who, and to companies which, represent reman with distinction.

There are many people with the right skills and experience to win these awards – and they are urged to do so before June 26 – and may the best competitors win.