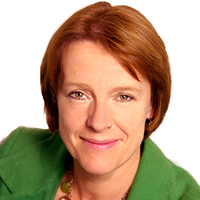 UK lags behind in remanufacturing

The UK continues to lag behind the rest of the world when it comes to developing a remanufacturing industry, with a notable lack of cooperation between Government and industry stifling the transition to a more circular economy.

"But barriers still remain. I recently bumped into one of the most senior civil servants at Defra (Department for Environment, Food & Rural Affairs), and he hadn’t even heard of remanufacturing. It’s a bit depressing. It’s not a question of any member of Government taking a stand against remanufacturing, but there is certainly a systemic blockage and Defra actually needs to be the champion of the cause, pushing the Treasury into releasing money for this sector."

System change
Also speaking at the conference was director of the newly launched Scottish Institute for Remanufacture (SIR) Dr Winifred Ijomah, who agreed that last year’s report helped to raise awareness, but said more practical support from Government - namely funding and the development of a national centre for expertise - is needed for the industry to achieve its full potential.

"We are lagging behind the rest of the world - not just in developed economies, but developing ones as well," said Dr Ijomah. "All of the major economies have identified product recovery as an enabler for future competitiveness.

"All of the major industrial regions have a national centre for expertise to forward their knowledge on product recovery including remanufacture, except for the UK. Expertise to exploit these opportunities in the UK is dispersed and is therefore ineffective."