Meet David Fitzsimons: as director of the newly-formed Conseil Européen de Remanufacture, it is his job to convince Europe's policy makers that the circular economy will work for everyone. And he wants as many remanufacturers as possible to join him, he tells Adam Hill

For David Fitzsimons, remanufacturing’s time has come. The director of the Conseil Européen de Remanufacture (CER), or European Remanufacturing Council, is responsible for ensuring that his organisation becomes the focal point for reman policy dialogue in Europe. “My sense is that, after so many years of slogging away, trying to be heard, there is now a fascinating confluence of people talking about changes to the economic model,” he begins. Over the past decade or so there has been great interest in reman from the United Nations (UN), the Organisation for Economic Co-operation and Development (OECD) and the Group of 7 (G7) which comprises the biggest economies in the world, including the US, Germany, France and the UK. He is in no doubt about where credit for this should lie. “The Ellen MacArthur Foundation has driven this agenda at the World Economic Forum, and through that to the UN and G7 and OECD,” Fitzsimons says. “They took the debate that we had been having in the reman sector over the last ten years – often among academics and engineers – and framed it for a different set of people. That’s what happened and is happening. These people see the point – they see the challenge coming to a world of nine billion people.” Launched in January, the CER has grown out of the European Remanufacturing Network, with funding from the European Union's Horizon 2020 programme.

Disruptive models
A large part of its role will be in finding common group between companies and policy makers on areas such as legislative barriers, standards, green public procurement and tax relief. It will also communicate the benefits of – and barriers to – reman. The increasing influence of digital technology means that many businesses – in whatever sector, wherever they are in the world – are seeing old certainties being swept away. There are disruptive business models coming with digitisation, Fitzsimons says. Viewed in this context, the ‘cradle-to-cradle’ approach has a great deal to offer as organisations seek to cut costs and streamline operations. “The circular economy has implications for business models,” he says. “Remanufacturing genuinely delivers large-scale resource efficiency savings. We’re talking very large sums of money. And there will be competition between businesses to secure those savings.” It can also be seen as a genuinely helpful framework within which to look at the way that businesses might be organised in future – and the fact that these conversations are now being had by international policy makers, rather than simply within the reman community, is a major step forward. “The debate is now with a very different category of people and we are trying to make reman core and relevant to that debate.” Reman in Europe has been valued as highly as €30 billion – the sort of figure that makes business owners’ eyes light up. OEMs, of course, have often seen the sector as a threat rather than an opportunity. But the example of Cat Reman and others may be persuading manufacturers that it is something worth looking at. “That’s what the battle’s all about,” he continues. “The penny’s dropped: there is money to be made.” 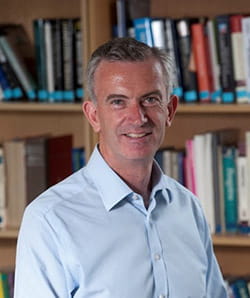 “Remanufacturers are being challenged by aggressive OEMs who don’t want them to remanufacture a particular product: if you’re a third-party provider who is facing those problems, then we’re interested in you”

Big questions
Fitzsimons, who is also managing director at consultant Oakdene Hollins, says that the questions most often asked by economists, lawyers and trade experts are: ‘We can see that it exists but why doesn’t more of it happen – and what are we supposed to do to make it happen?’ “The answer takes you down to the nitty-gritty,” he says. “Why can’t you get back the core?” The reason for this is, he points out, product-specific. For example, a large number of European automobiles, rather than being available for reman in Europe at the end of what is considered their useful life, are exported to Africa: “If we’re serious about reman – if we’re serious about seeing more crankshafts remanufactured – then we should care.” You can understand that some existing reman trade bodies might be nervous about the launch of the CER: after all, it is another reman organisation which might take away members and potential members. But Fitzsimons is adamant that the CER does not want to tread on anyone’s toes: it is here to work with the reman community, harnessing the power of companies in a way that may not have been possible before. Annual membership is free to invited trade bodies, and ranges from €500 for micro-enterprises to €6,000 for large corporates. “Our job is to try to bandage the gap between the experts and the nitty-gritty stuff for those involved in reman,” he adds. “Toyota have a lovely expression for it: ‘Go see and study!’ Too many people don’t go and see what the opportunities are really about.”

Helping hand
Fitzsimons is happy to outline how ReMaTecNews readers can help the CER. “In some areas it would be very useful to do real-world case studies to prove a point,” he explains. “We have to be absolutely certain that, in that rarefied atmosphere of the discussion about the opportunities for resource efficiency savings, we don’t lose sight of the real-world problems.” The CER will seek in particular to highlight the intellectual property issues relating to reman, such as remanufactured items containing patented components and the brand names of OEMs that have been remanufactured by a third party. Warming to this theme, he says: “Third party remanufacturers are being challenged by aggressive OEMs who don’t want them to remanufacture a particular product. If you’re a third-party provider who is facing those problems, then we’re interested in you.” These are the sort of issues that cannot be addressed by one company, or perhaps even one trade association – but an international body that has the ear of politicians and lawmakers, such as the CER? Well, it may just have a chance of effecting change – but it needs the input and evidence of the reman industry as a whole to make its case. The idea of the ‘triple bottom line’ – where companies are judged not just on their profit and loss statements but on their activities in other areas – is gaining greater currency in the corporate world. The three bottom lines - economic, social and environmental – combine to give a truer reflection of a firm’s worth. Reman is an obvious potential contributor on all three fronts. Therefore, in future, law changes may mean that it will be no longer be tenable for OEMs to continue to claim ownership of their technology while actively preventing others from remanufacturing their products.

Expressing goodwill
“We don’t expect to have members who are not serious about reman,” Fitzsimons suggests firmly. “But even if you’re currently in the position of resisting remanufactured products because the sales force says it’s terrible, you can change – you can develop, and you can make more money.” So how does he see things progressing for the CER? First and foremost, the council wants members and a number of companies have made encouraging noises. “A lot of people have expressed goodwill,” he says. “They are saying: ‘The timing looks good’ and ‘This is useful’.” He has had “two or three” conversations with firms which are supportive but wish to remain in the background for the time being, doing things quietly. “Some companies have said they want to be involved but don’t want to play a leadership role: I wasn’t expecting that,” he confesses. “I thought that advocates would be there and would want to be noisy.” He is not daunted by this – indeed, he sees such companies as being possible case studies for the future. “As long as we’re doing the key job of ‘go see and study’,” he says. 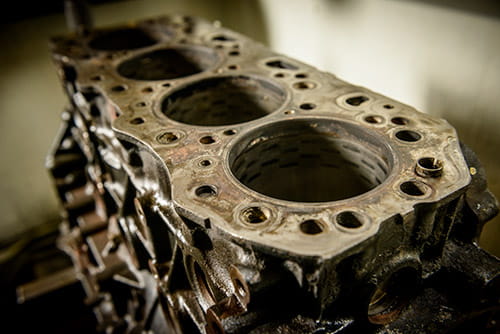 Linking themes
Nothing is set in stone and Fitzsimons is keen to keep things as broad as possible. “We are trying not to be specific about how things will work,” he explains. “We mustn’t become too specific to any one sector – that’s not our job – but we are finding the themes that link each of them.” Fitzsimons has long argued that remanufacturers are competing in a linear economy against OEMs which have become ever-better at getting their raw materials into the right place at the right time to ensure the most efficient production at scale. “A remanufacturer tries to do that but is confronted by core delivery issues,” he says. “That’s a real cost that gets reflected in every unit.” So there is lots to do but he is sure of one thing: that reman must not allow its arguments to become “lost in the trees again”. The CER will work to provide the evidence that rules need changing to encourage the growth of reman – by explaining clearly the problems that remanufacturers are facing. “The CER is going to provide that mix between the rarefied ‘wouldn’t it be nice if…?’ and the day-to-day business of remanufacturing,” he concludes. “That’s what we’re for.”

What’s on the CER’s agenda?
- Investigate the potential role of European Union and member states’ public procurement of remanufactured products, through Green Public Procurement, to promote reman.
- Publish a list of product categories for which remanufacturing has the greatest potential.
- Identify issues of common interest, both among corporate members, and with European policy makers.
- Present evidence-based research and the position of CER members.
- Host annual briefing events in Brussels.
- Provide legal advice, best practice and case studies relating to the work of the council, its members, and the remanufacturing sector.