Transmission rebuilders, in particular those working in automatic transmissions, rank among the most specialised people in automotive and commercial vehicles’ repair and maintenance. Many spend a lifetime honing their craft. But more often than not, once they have reached near perfection, they have to start all over again.

Well, not quite perhaps, but the fact remains that rebuilding transmissions is a never-ending challenge. So fast has the industry’s technological development proceeded over the past many years that even highly experienced rebuilding businesses find it hard to keep pace.

In a number of situations, this is opening up new partnerships between “rebuilders” and “remanufacturers” within the transmission industry. As Dennis Madden, the long-term CEO of ATRA, the Automatic Transmission Rebuilders Association in Oxnard, California, puts it:

”If you go back to the year 2000, many rebuilders regarded remanufacturers as the enemy, as competitors that were moving in on their business. This is no longer the case. Today, rebuilders see remanufacturers more like partners that perform useful services in areas where the rebuilders no longer wish to specialise or have the capacity to serve their customers.” 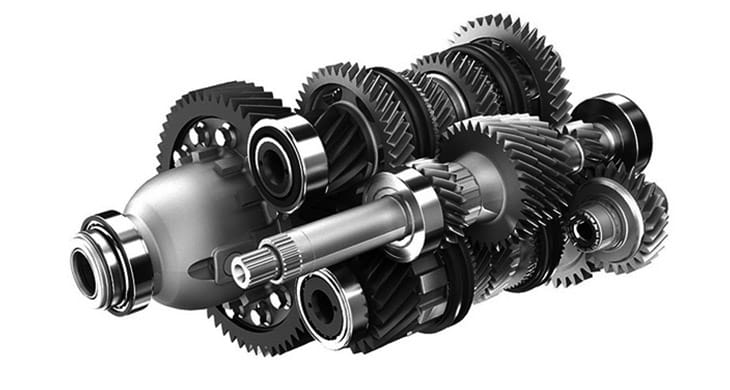 In most respects such areas are linked to the rapid rise in the number of different models and types of transmissions that have emerged in recent years. So many, in fact, that traditional rebuilders now find it more rewarding to specialise and use standard production models from remanufacturers for more common tasks. “To some rebuilders, this works better for the customers because they get their vehicles back on the road quicker than if their transmission has to be rebuilt component by component,” Madden says.

“This is why rebuilders’ previous concerns about remanufacturers are now being replaced by partnerships. I think that rebuilding, i.e. component by component, is definitely here to stay for a long time yet. But in view of the technical advances in transmission technologies and the constantly increasing proliferation of models and types, there will continue to be opportunities for remanufacturers.”

Greater complexity
On the other side of the Atlantic, in the UK, one of the country’s most experienced transmission specialists, Alan Gadd of Sussex Auto Parts, has no doubt that the transmission industry is becoming considerably more complex – as a result of which demands on rebuilders have skyrocketed.

“When I started out some 30 years ago, most transmissions were three-speed transmissions. Today we’re seeing eight- or nine-speed models. For garages to deal with these, highly specialised people are required and they are not easy to find, not least because we now have to deal with three types of transmissions: CVTs, double clutch gearboxes and conventional automatics. At the same time, because people are trying to do the work as cheaply as possible, lots of problems can arise due to the variety of models.”

Suppliers like Gadd are facing up to the challenges in different ways. In the case of Sussex Auto Parts, one response has been to increase focus on technical research as well as bring in more specialists. Organising seminars, often in connection with exhibitions, is another important aspect. In addition, Sussex recently teamed up with an experienced transmission specialist, Joe Logue, in Pennsylvania, who runs Sussex’s operations in the Americas.

”Joe has been a real asset for us because of his experience and wide network in the industry,” explains Gadd. ”Our customers need to be confident that those they’re dealing with know what they’re talking about. This is – and will remain – hugely important as the transmission segment continues to develop.”

Regardless of the challenges, transmission remanufacturing remains a healthy industry. This was, once again, exemplified at the recent 2015 Powertrain Expo in Las Vegas, Nevada. Sponsored by the Automatic Transmission Rebuilders Association, professional automatic transmission experts from across the world gathered in large numbers to review the latest developments and exchange experiences.

Advances in technology
Todd Rau, sales manager for Jasper Engines & Transmissions, Jasper, Indiana, said, “It is much harder today for rebuilders to keep up with advances in technology.” Founded in 1942, Jasper remanufactures gas and diesel engines, transmissions, differentials, rear axle assemblies, marine engines, performance engines and electric motors. “Computers internal to the transmission are making it hard for bench builders to work on the transmissions and needed parts are more expensive,” he explained.

David McGee, senior vice president of sales and marketing for Sonnax, says that electronics have had a big impact on transmission remanufacturing. “It hasn’t changed the process so much as added another layer,” he said. Sonnax is headquartered in Bellow Falls, Vermont, and manufactures products that are used in the remanufacturing of torque converters, automatic transmissions and valve bodies.

“Our customers’ expectations have not changed but their needs have,” McGee added. “We expect the complexity of the products to continue and that will present challenges for all of us involved in the transmission remanufacturing industry.”

However, Scott Giles, president and CEO of Superflow, said his company, which is based in Des Moines, Iowa, manufactures testing equipment like transmission dynamometers, engine dynamometers, chassis dynamometers and flow benches. He said dynamometer testing of remanufactured components could cut comeback rates. “There are a lot of people who were satisfied with a 20 to 25 percent comeback rate,” he said, “but using a dyno can cut that to 4 per cent.” He said that one customer was able to save $4,000 a week by reducing comebacks.

In addition, the component suppliers are getting more involved in the reman business. “They may contract out the remanufacturing but they are trying to control the car from cradle to grave,” he said. “These contract remanufacturers do the actual work, but most adhere to strict standards set by the OEs.

Shift towards reman
Speaking about the increased complexity of transmissions, Kenny Hester, president of Whatever It Takes, said, “I believe manufacturers are trying to make it so the aftermarket can’t fix cars. We are trying to help aftermarket repair by getting all the data we can about parts and components.”

Louisville, Kentucky-based Whatever It Takes rebuilds transmissions and sells remanufactured parts, rebuilt valve bodies and new parts. “We are seeing a shift to where lots of transmission shops and general repair shops are buying reman rather than rebuilding the parts themselves,” Hester said. “Seven- and eight-speeds are more complex and harder to repair and remanufactured units are now available with good warranties. I think there will always be a place for the transmission shop, but there will not be as many as there used to be. They will become more of a place that installs units from manufacturers than to do the rebuilding themselves.” 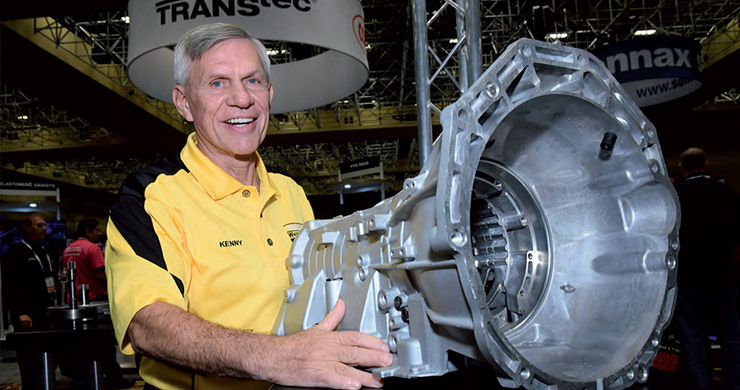 Kenny Hester, President of Whatever It Takes

Chris Forstik, president of Automotive Commodity Exchange, a core consolidator in Liberty, Missouri, said he is seeing the biggest demand for late model cores – products from three or four years ago. “The difference with those products is the electronics. We call it complex electrical and they are the future of the industry.”

”In past times, the technology was simple and a good rebuilder could do basic diagnostics and in most cases, would strip down a transmission to ‘see what they could find’,” Bill Henney says. ”Often, this approach worked, even if the diagnosis was not correct.” But this approach will not work today. The complexity of the new breed of transmissions requires a different education level for the rebuilder. A lack of understanding of the ’basic building blocks’ and the reason for the development of the new generation models will cause many rebuilder headaches, financial losses and in some cases they will go out of business.