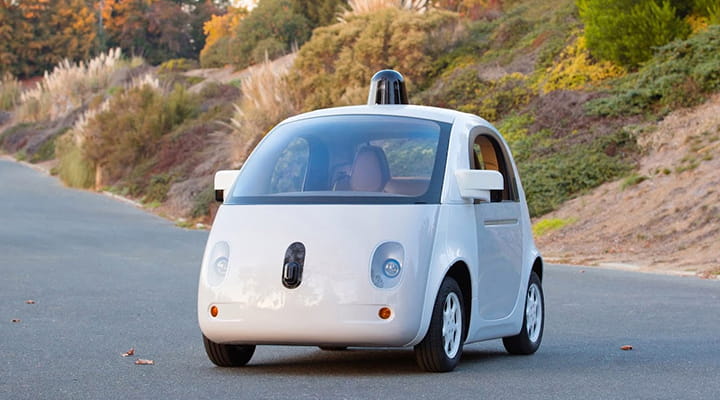 U.S. vehicle safety regulators have said the artificial intelligence system piloting a self-driving Google car could be considered the driver under federal law, a major step toward ultimately winning approval for autonomous vehicles on the roads, Reuter reports.

The National Highway Traffic Safety Administration told Google of its decision in a previously unreported letter to the company posted on the agency's website this week. "NHTSA will interpret 'driver' in the context of Google's described motor vehicle design as referring to the (self-driving system), and not to any of the vehicle occupants," NHTSA's letter said. "We agree with Google its (self-driving car) will not have a 'driver' in the traditional sense that vehicles have had drivers during the last more than one hundred years."

Both large vehicle manufacturers as well as technology companies such as Google are in a race to develop and sell autonomously driving vehicles. A common complaint in this development process is that governmental safety rules are impeding testing and eventual deployment of these vehicles. In the United States, California has proposed draft rules requiring steering wheels and a licensed driver in all self-driving cars.

[If] "NHTSA is prepared to name artificial intelligence as a viable alternative to human-controlled vehicles, it could substantially streamline the process of putting autonomous vehicles on the road," Karl Brauer, senior analyst for the Kelley Blue Book automotive research firm, said. If the car's computer is the driver for legal purposes, it would clear the way for developers to design vehicle systems that communicate directly with the vehicle's computerised driver.

The statement could prove to bring the automotive industry one step closer to autonomous vehicles being part of everyday life. In January 2016, Prof. Dr.-Ing. Rolf Steinhilper pointed out during his presentation at the Remanufacturing Networking Event in Bayreuth, Germany that amongst many others things, the remanufacturing of autonomous vehicles’ components is one of the challenges the reman industry faces. Issues like new methodology, knowledge and safety levels are among concerns for the industry.