Remanufacturing to shape the next industrial revolution?

Tullio Tolio and Marcello Colledani - professors of the Milan Technical University – explain remanufacturing and give their insights with examples from BMW, Bosch, Knorr Bremse and Renault. Filippo Astone, journalist at Industria Italiana, interviewed them. Rematec News’ summary of the interview can be read below.

Reman is a highly complex process. “The first thing to do is testing, in order to understand what is the residual state of the component that returns from the use phase. There is a plurality of possible conditions, some of which can be the cause of defect or failure, and make you decide to discard the component itself ", explains Marcello Colledani of the Politecnico di Milano, "after testing, you decide whether the component is more or less regenerable. When it is defined as regenerable, the disassembly begins, cleaning, identification of the reusable parts, the replacement of non-reusable parts with new ones and the assembly final of the regenerated component".

The disassembly is done manual because the product arrives in an unpredictable and different condition from case to case. So there is no repetitiveness that allows you to use robots. “The big difference between manufacturing and remanufacturing is that during manufacturing, the specifications of each component is known and the way of working with a component is known beforehand. On the contrary, with remanufacturing it is a question mark, what the state is of each component that comes from the market.” explains Tullio Tolio. In short, "disassembly is not easy; trivially a rusty screw cannot be easily unscrewed by an automatic system, the conditions are variable: the man with his own flexibility and judgment manages to unscrew it, the robot implants once out of two".

The testing part of the remanufactured component is often performed in the same testing cells that are used to manufacture the new product. The regenerated product has a lower and more time limited guarantee, which covers the same aspects as the guarantee on the first manufactured product, because the testing is done with the same machines. Note how these processes involve a significant amount of manual, non-automated work. "They are not repetitive tasks, therefore a significant presence of human work is necessary, which can be an interesting way of employment for resources that may have been put out of play by automation and robotisation", adds Tolio.

Remanufacturing also requires special process technologies. Players involved are divided into three types. "One is the OEM , that is the brand that manufactures and sells the finished product, which in the case of the automotive sector are for example FCA or BMW. Then there is the OES, that is the component player. The third is the independent remanufacturer, they are independent entities outside the typical supply chain of the reference sector, who have the skills to regenerate components from different manufacturers, have very flexible systems and a deep knowledge of the type of product. The main skills are reverse engineering and advanced diagnostics.

A very important industrial trend. As well as the most advanced paradigm of the circular economy: it focuses on the function of products to be recycled instead of materials

Remanufacturing is particularly attractive for industries that manufacture high capital density products that are durable and have a relatively long life cycle. The best known examples within automotive OEMs are: Renault and BMW. They excel in the recovery of end-of-life vehicles and their components.

For some years now, Renault has been designing cars and components based on reuse or recycling at the end of its life. The Renault plant in Choisy-le-Roi, just outside Paris, rebuilds automotive engines, injection pumps and other components for resale. Renault controls a network of companies specialised in the sector. The most important is Indra, which manages 400 dismantlers in France, which handle 100 thousand vehicles of all brands, 25% of end-of-life cars, of which 95% of mass recycling is guaranteed. Boom Comenor manages the reuse of iron and non-ferrous metals from demolition. Gaia deals with the recovery of end-of-series vehicles in post-sale plants and warehouses.

BMW has a joint corporation with Alba and set up a specialised company Encory. This company provides process consultancy on behalf of component manufacturers and OEMs. Among the components, one of the most advanced is the German Bosch, which developed the Bosch Exchange programme, to reduce the volume of raw materials used and to market a wide range of regenerated and fully guaranteed spare parts. Another German example is Knorr Bremse, which excels in the remanufacturing-market of regenerated brake systems.

This article is a short summary of the original article first published at Industria Italia. 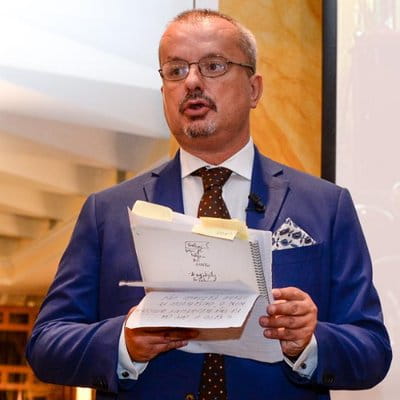 Journalist and Director of Industria Italiana